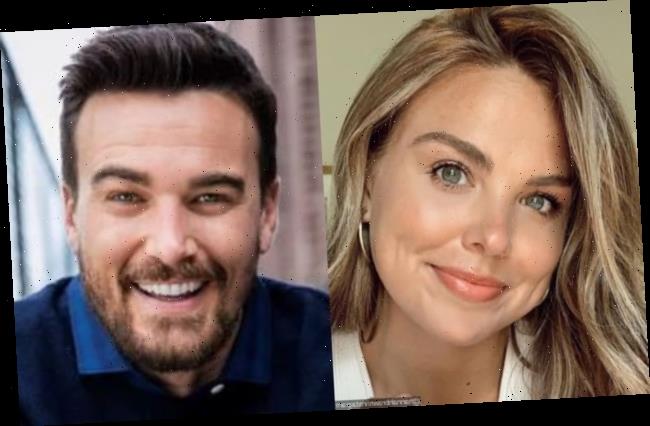 If you’re a fan of The Bachelor and The Bachelorette, we probably don’t need to tell you that the franchise doesn’t have the greatest track record when it comes to forging lasting relationsips.

Clare Crawley and Dale Moss might be the latest Bachelor Nation casualty, but they’re certainly not the first.

Clare had the misfortune of suffering not one, but two Bachelor breakups (she was previously engaged to Benoit Beauséjour-Savard, whom she met on The Bachelor Winter Games).

But at least those heartbreaks were a couple of years apart.

Poor Hannah Brown was part of two public breakups within the span of about six months!

Brown dumped Jed Wyatt after it turned out he had a secret girlfriend waiting for him at home the whole time he was filming her season of The Bachelorette.

(Said secret girlfriend did not prevent him from proposing to Hannah in her final episode … but it did cause Brown to kick Wyatt to the curb a few weeks later.)

Shortly thereafter, Hannah publicly asked Tyler Cameron on a date, and while the two of them never entered an official relationship, fans were still bummed when the friends with benefits went their separate ways.

Fortunately, it looks like fate has finally smiled on Hannah and given her the happy ending she so richly deserves.

Hannah is dating model Adam Woolard these days, and as you can see, the woman certainly has a type.

Don’t believe us? Check out this pic from Adam’s Instagram:

Yeah, we’d be surprised if Tyler’s mother could tell these two apart.

Adam locked his Instagram after news of his relationship with Hannah went public.

So either he’s the only model on the planet who hates exposure, or he’s sick of commenters telling him he looks like his new girlfriend’s ex.

There’s no word yet on how these two met or how long they’ve been dating, but the relationship must be relatively new, as Hannah was single AF as recently as this past summer.

“I am single, I am,” she told her Instagram followers at the time. “I feel like right now in quarantine’s not the best time to try to date, but I feel like I am in a place where I’m ready to do that—to test the waters a little bit.”

Hannah added that she’s excited to hook up with someone whom she didn’t meet on a reality show.

“I can date other people that are not on The Bachelor. Y’all are driving me crazy!” she said.

“I just really have to believe that there’s really something so much greater from all this that I just—I’m still on the journey of figuring it out, you know?” Hannah added.

And sometimes growing and learning means banging someone who looks just like your most attractive ex!

It’s all the hotness withn none of the drama.

We wish Hannah and Adam all the best!