Home » Celebrities » Harry and Meghan ‘are being used’ and Netflix have exploited royal couple, says expert 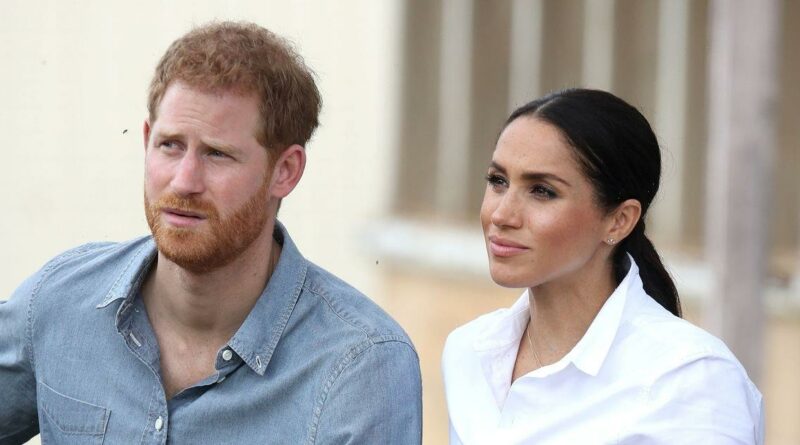 In light of the trailer for Meghan Markle and Prince Harry’s new Netflix docu series being released, a royal expert has hit out at the streaming giant for “using” the Duke and Duchess of Sussex.

Meghan, 41, and Harry, 38, are reported to have been paid £88 million for the tell-all programme which will give the couple the chance to share “the other side of their high-profile love story”.

Netflix's description continues: "Across six episodes, the series explores the clandestine days of their early courtship and the challenges that led to them feeling forced to step back from their full-time roles in the institution."

The former Suits actress further teases in the first trailer: “When the stakes are this high, doesn’t it make more sense to hear our story from us?”

While it appears as if the power is in Harry and Meghan’s hands, an anonymous royal source, who is a relative of King Charles III, told Good Morning Britain that Netflix is “exploiting the Duke and Duchess of Sussex”.

Noel Phillips said on the show: “We’ve been speaking to a relative of the King who has spoken anonymously to his programme who has essentially accused Netflix of exploiting the Duke and Duchess of Sussex saying that the £88 million deal they signed in telling their story, Netflix has taken it and they have glamorised it and manipulated the story.”

However, Noel went on to note that supporters of the royal pair think otherwise and that the Netflix series is them “taking control of their narrative”.

OK! have contacted reps for Harry and Meghan, as well as Netflix, for comment.

As their followers appear to be in favour of the explosive programme, others have hit out at the couple and labelled it as a “destructive act of revenge”.

Royal author Richard Fitzwilliams said: “This is a full frontal, extremely destructive attack on the Royal Family – the institution as well as individual households and members of those households. This series I suspect will greatly weaken the royals in the eyes of the world, especially among young people.”

Speaking about Harry and brother William's tense relationship, Richard went on to admit that he believes the series will "widen the rift" between the pair.

He also added: "There is no doubt that this Netflix series is an amazing act of revenge designed to weaken the very institution that William will inherit as future King."