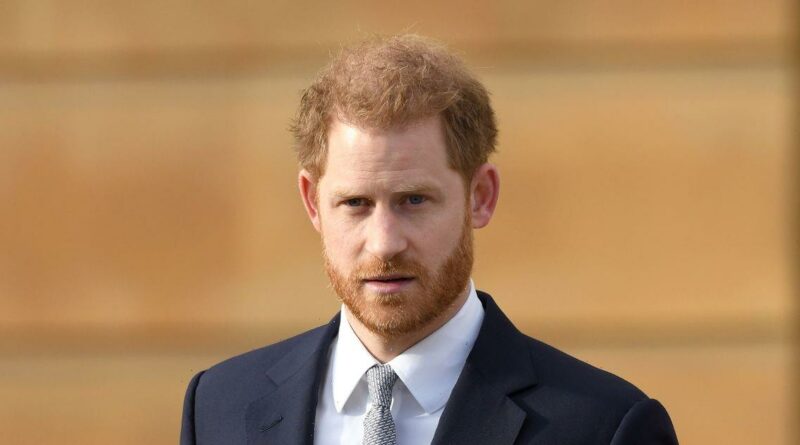 Prince Harry has said he will “honour” his father King Charles III, with whom he has had a publicly strained relationship, as he shared his support of his new position as monarch.

Harry, 37, sent his well wishes to his father, the new King, as he released a statement honouring his grandmother the Queen today.

Speaking of "first meetings" in his statement, Harry said: “And as it comes to first meetings, we now honour my father in his new role as King Charles III.”

Elsewhere, the Duke of Sussex spoke about the Queen meeting his “darling” wife Meghan Markle and their two children as he paid tribute to his 'granny'.

For all of the latest updates, sign up for OK!'s Royal newsletter.

Harry revealed how the first meeting with the Queen and her great-grandchildren Archie, three, and Lilibet, one, went as he shared his personal memories with his grandmother in his statement.

The Duke spoke in his emotional tribute to the Queen about her “everlasting legacy”, and described the late monarch as a “guiding compass” as he reflected on his “first meetings” with the Queen spending moments with his family for the first time.

Harry’s statement read: “Granny, while this final parting brings us great sadness, I am forever grateful for all of our first meetings — from my earliest childhood memories with you, to meeting you for the first time as my Commander-in-Chief, to the first moment you met my darling wife and hugged your beloved great-grandchildren.

"I cherish these times shared with you, and the many other special moments in between.

"You are already sorely missed, not just by us, but by the world over."

Harry finished his statement speaking poignantly of his late grandfather Prince Philip as he shared his sad happiness at the Queen being reunited with her husband finally.

He said: “We, too, smile knowing that you and grandpa are reunited now, and both together in peace.”

On Monday, the Queen will be taken from the Palace of Holyroodhouse, Edinburgh, to nearby St Giles’ Cathedral where her family, and a congregation drawn from all areas of Scottish society, will attend a service of thanksgiving for her life.

Harry and Prince William had rushed to be by the Queen’s side as she was ailing on Thursday, but were too late to say goodbye, it is believed.

Today, their father Charles will lead royals, expected to be the Duke of York, Earl of Wessex and the Princess Royal and her husband Vice Admiral Sir Tim Laurence, on foot down Edinburgh's Royal Mile, while the Queen Consort and other members of the monarchy follow in cars.

Members of the public will be able to view the coffin to pay their respects for 24 hours before it is taken to London to lie in state.

Later in the evening, the King and members of his family, likely his siblings, will hold a vigil at the cathedral in honour of the Queen.