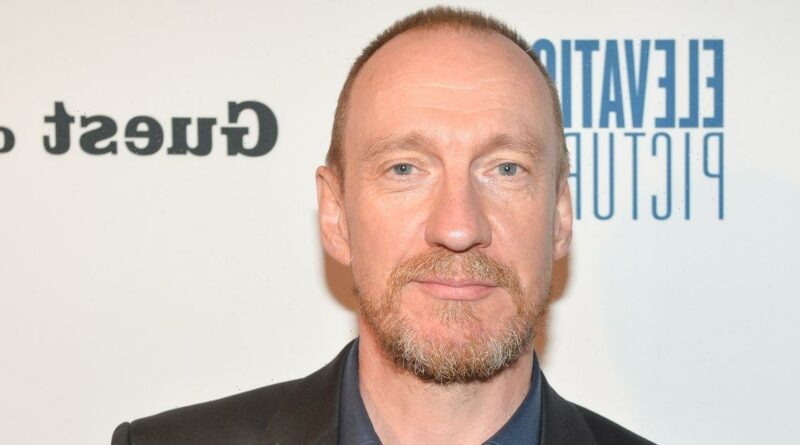 The 58 year old actor, who portrayed Remus Lupin in the Harry Potter series, took to his Instagram feed to share the happy news alongside a series of photos of his other half.

While one snap saw the pair sharing a passionate kiss, three others showed Hermine on her own in nature.

In the caption, the star explained to his 211,000 followers: "When I first met Hermine she was wearing a cherry red dress with white polka dots and smoking tobacco from a clay pipe.

"She told me she was the retired ringmistress of a travelling flea circus I thought she was joking, but it was true. Ça a été un coup de foudre."

Appearing to confirm their marriage, he continued: "These days nobody smokes and the only rings are on our fingers. "These days, sleeping beside her, I wake up laughing in the middle of the night."

He continued: "Tomorrow she is leaving for Paris and Provence to visit her family for the first time in over a year, whilst I must remain here in London, hawking fine literature to the masses.

"I am already a little lost. I feel like one of her poor fleas, off balance and out of control on a flying trapeze, with no net and no one to catch me. “Oh,” you say. “And they have no ears and are virtually blind.”

"“But David- ” you say- “I mean it,” I say. “That’s the end of it.” Awkward silence. In the distance a dog is barking. I know what you’re thinking: Is it Engelbert? No it’s not. Engelbert's busy signing books. It sounds more like Idle Geoff, that sweaty little pug from next door.

"“Well this has been a peculiar caption,” you say. “Yes,” I reply and stare at the backs of my hands. More awkward silence. Hermine is almost packed. “I’ll miss you,” I say, “and I expect you’ll miss me. “

"She smiles and puts on her headphones, as if to say, “Yes, of course I will.“"

Fans were quick to comment on the post as one person gushed: "And they say romance is dead. You set my expectations way too high David. I’ll stay single forever."

"Was having a shitty day, but then David and Hermine's small love story made my day…" another wrote with a pink heart emoji.

While a third added: "If you were trying to make me cry David, it worked. Such a beautiful wife you have, by the way! Much love to the both of you! <3," alongside a crying emoji.

For all your updates on the stars of Harry Potter, sign up to our daily OK! newsletter.