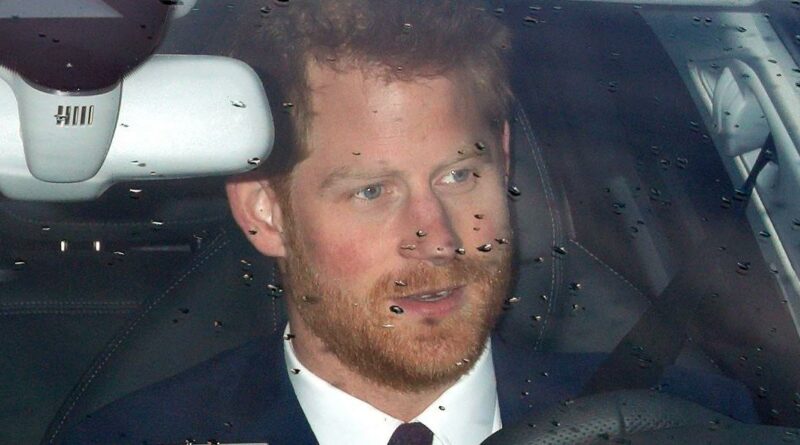 Prince Harry’s most recent trip home to the United Kingdom has already come to an end, it seems.

The Duke of Sussex headed to the airport Friday to catch a flight back to California, according to a report from the Daily Mail. Apparently, a black, 2019 Volkswagen Caravelle that had been part of the “convoy” that picked Harry up at the airport when he landed in London a week ago was spotted leaving Harry’s U.K. residence, Frogmore Cottage in Windsor. The Daily Mail reported that the vehicle was led by a police escort and was driven straight onto the tarmac of Terminal 5 at London’s Heathrow Airport—two signs that its passenger was a VIP with major security concerns (like a member of the royal family, for instance).

If Harry was indeed in the 2019 Volkswagon Caravelle that headed to Heathrow Friday, it means that the royal’s trip home only included two days outside of his mandatory quarantine period. One reason for Harry’s quick return trip could be the recent death in Meghan Markle’s family.

On Thursday, just a few hours before Harry and his brother, Prince William, unveiled a statue in honor of their late mother, Princess Diana, at Kensington Palace, news broke that Meghan’s 82-year-old uncle, Michael Markle, had died following a battle with Parkinson’s disease.

“Mike was a lovely, gentle, softly spoken old man,” a source told The Sun of Meghan’s uncle, who reportedly went by Mike. “He was always happy to be asked about Meghan, but whenever he spoke to anyone he mainly wanted to talk about his late wife—he loved her so much.”

According to another report from the Daily Mail, Mike Markle (the older brother of her father, Thomas Markle) had never met Prince Harry, but was “very proud” of Meghan and happy to have a royal in-law.

“He was quite well known in his community for being Meghan’s uncle, and he would always stop for a chat to say how proud he was of her even though he didn’t often agree with how she went about things,” a source said, according to the Daily Mail. “He would usually just chuckle and say, ‘It’s not every day you have a prince in the family, though, I suppose!'”