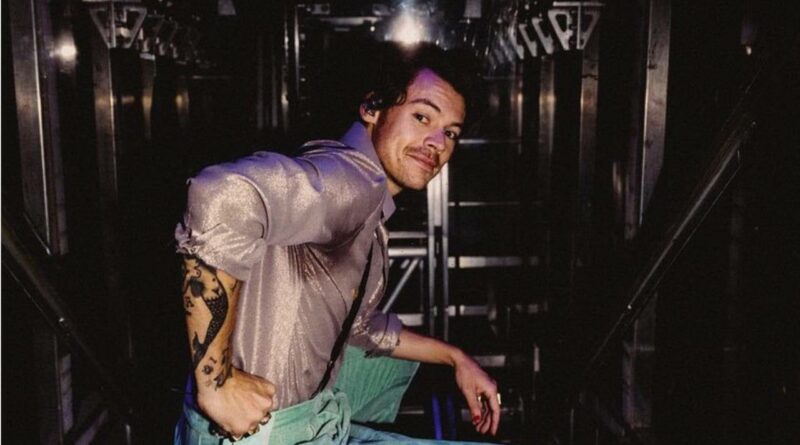 For HA HA HA, the ‘Sign of the Times’ singer is collaborating with the Italian brand creative director Alessandro Michele, who praises the 28-year-old musician’s clear and precise point of view.

AceShowbiz –Harry Styles has designed a line for Gucci. Collaborating with the Italian brand’s creative director Alessandro Michele, the “As It Was” hitmaker creates a capsule collected HA HA HA, the play on the pair’s initials, debuted in Milan and will arrive in stores in October.

“The idea of this capsule is banal in its simplicity, and it’s an act of love, but it has value, it’s sophisticated and we paid a lot of attention to fabrics and sartorial details. It was a lighthearted activity and easy with this kind of relationship. But the result is serious,” the 44-year-old fashion designer continued.

Michele further told the magazine about the creative inspirations, such as “1970s pop” and “bohemian” shared between him and the “Golden” hitmaker. He explained, “I proposed creating a ‘dream wardrobe’ with him, starting from those small oddities that come together in childlike visions. We ended up with a mix of aesthetics from 1970s pop and bohemian to the revision of the image of the gentleman in an overturned memory of men’s tailoring.”

He added, “Observing his ability to combine items of clothing in a way that is out of the ordinary compared to the required standards of taste and common sense and the homogenisation of appearance, I came to understand that the styling of a look is a generator of differences and of powers, as are his reactions to the designs I have created for him, which he has always made his own; these reactions restore me with a rush of freedom every time.”