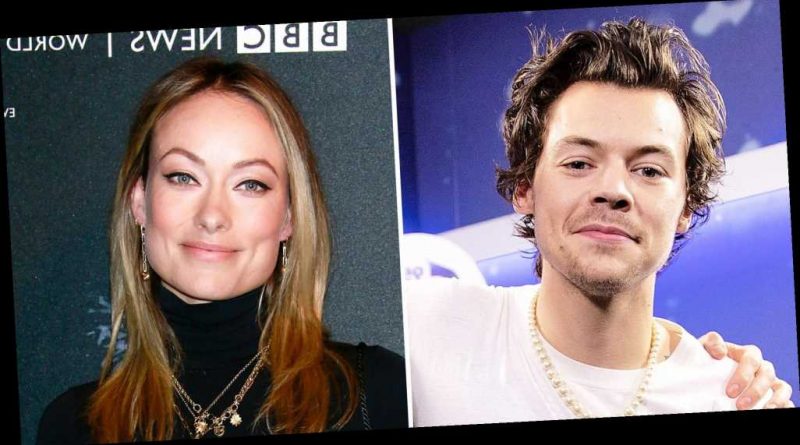 They’re so golden. Harry Styles and Olivia Wilde aren’t hiding their connection after pics of them holding hands at a wedding went viral.

The 26-year-old “Fine Line” artist and the 36-year-old House alum cozied up to one another while out for a walk in Santa Barbara, California, on Sunday, January 3. In photos published by the Daily Mail three days later, Styles reached out to caress Wilde’s waist as they strolled side by side. The Grammy nominee donned a comfy sweatshirt and pink beanie while the Booksmart director opted for a cropped argyle sweater. Both wore face coverings to protect themselves amid the coronavirus pandemic.

Earlier this week, the duo made headlines after they were photographed attending Jeffrey Azoff‘s nuptials in Montecito, California, together over the weekend. A source later told Us Weekly that Styles, who officiated the ceremony, jokingly referred to Wilde as his “girlfriend” during his speech.

The pair quickly hit it off while working together on Wilde’s latest directorial project, Don’t Worry Darling. The psychological thriller also stars Florence Pugh and Chris Pine. Before sparking romance rumors with the X Factor UK alum, the Tron: Legacy actress gushed over the opportunity to work with someone who approached the character with such “openness and commitment.”

“[Costume designer Arianne Phillips] and I did a little victory dance when we heard that we officially had Harry in the film,” Wilde told Vogue for Styles’ December 2020 cover story. “Because we knew that he has a real appreciation for fashion and style. And this movie is incredibly stylistic. It’s very heightened and opulent, and I’m really grateful that he is so enthusiastic about that element of the process — some actors just don’t care.”

During filming, which was briefly halted in November over COVID-19 concerns, the duo had an undeniable spark. “Harry and Olivia had chemistry almost instantaneously on set,” a source told Us exclusively earlier this month. “It was only a matter of time before they got together.”

Wilde was previously married to Tao Ruspoli from 2003 to 2011. Months before her outing with Styles, Us confirmed that she had split from her fiancé of seven years, Jason Sudeikis, with whom she shares son Otis, 6, and daughter Daisy, 4.

“They’ve been separated for months now and there really is no drama. They’re handling this like adults,” an insider explained of the former couple in November. “It’s all about coparenting their kids, Daisy and Otis. That’s the priority for them.”

Though “they’re both successful in their own right,” Wilde’s “promising directing and producing career” sparked a bit of tension between her and the Saturday Night Live alum, 45.

“Of course, there were arguments and fights over career decisions and where to live. … She was also busier than him at times, which was difficult at times,” the source added. “They butted heads on many occasions and decided it was best to go their separate ways. Bottom line: they had issues and they were never going to get married.”