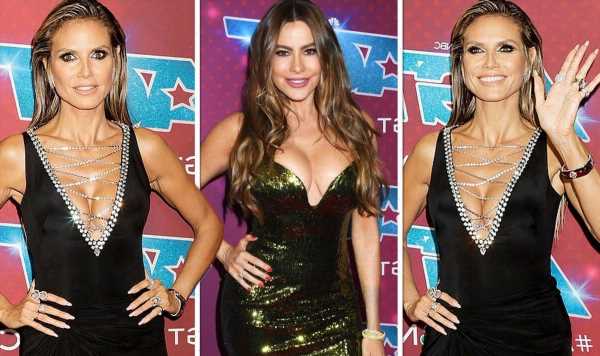 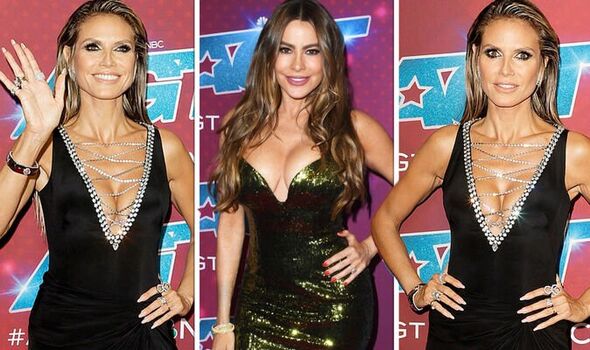 Heidi Klum and Sofia Vergara dazzle on the red carpet

Heidi Klum and Sofia Vergara, who co-judge America’s Got Talent along with the likes of Britain’s very own  were ready to hit the red carpet ahead of the live shows in , Califiornia

Heidi Klum, 49, and Sofia Vergara, 50, dazzled fans with their fashion choices as they prepared to hear more live renditions from America’s Got Talent hopefuls.

German supermodel Heidi commanded attention on the red carpet with her plunging designer dress, which featured a low V-neck and a selection of strategically placed rhinestones to highlight her youthful cleavage.

Meanwhile, Sofia continued her penchant for citrus fruit themed colours, having previously stepped out in lemon yellow earlier in the month.

Her green sparkly dress perfectly showcased her Jessica Rabbit style curves, while she matched the outfit with a pair of chunky black platform heels.

The pair also tried out a filter while posing together that transformed them into leopards, featuring feline ears and tails. 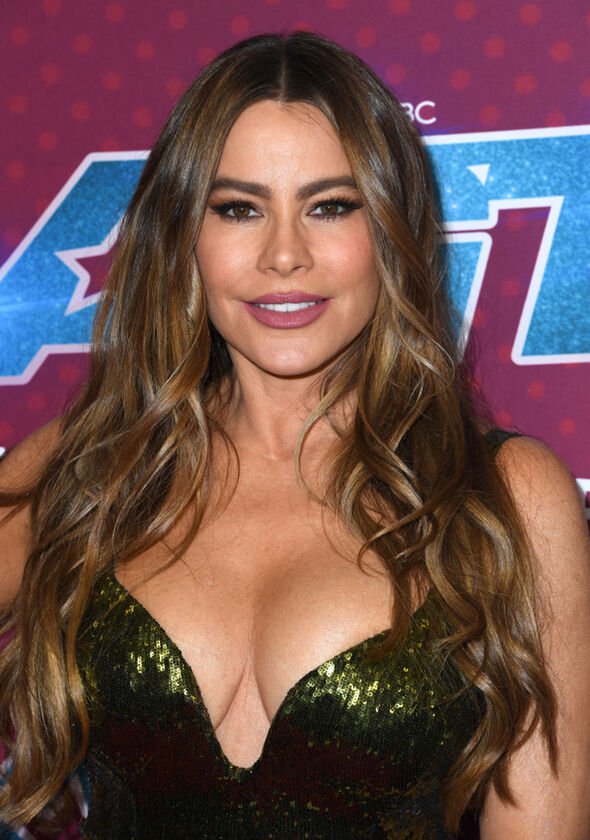 Sofia Vergara showed off her voluptuous curves in green sequins

Wearing a dress the same vibrant colour as a Christmas tree, Sofia Vergara – who has held the title of the highest paid actress in the USA for the past seven years – wowed the crowds

The pair were joined by special guest JoJo Siwa

JoJo Siwa joined Sofia Vergara and Heidi Klum on the red carpet, donning clothes inspired by a futuristic space theme, as the 19-year-old prepared to impress with her vocal talents 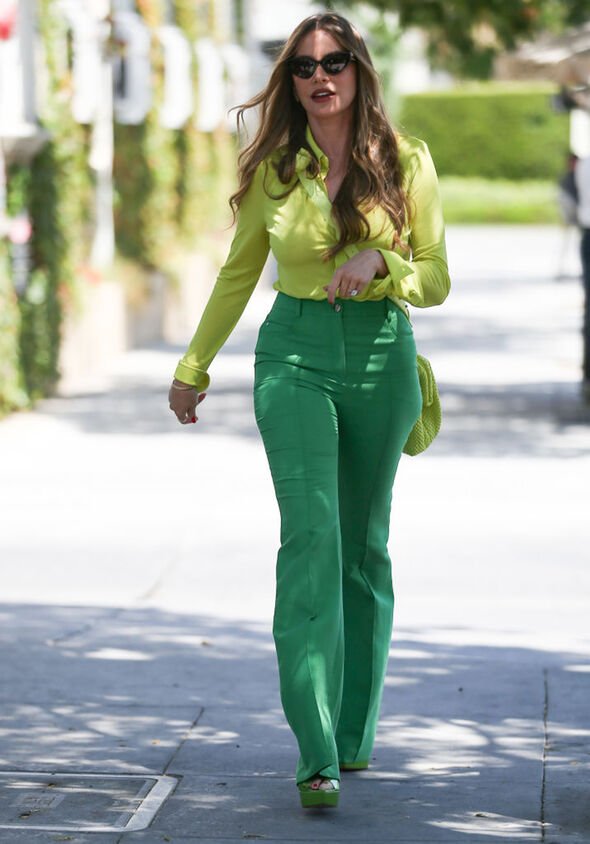 Sofia Vergara has a well-documented passion for citrus colours

Earlier this month, Sofia Vergara was snapped in a lime green and lemon yellow colour combination while out on the town 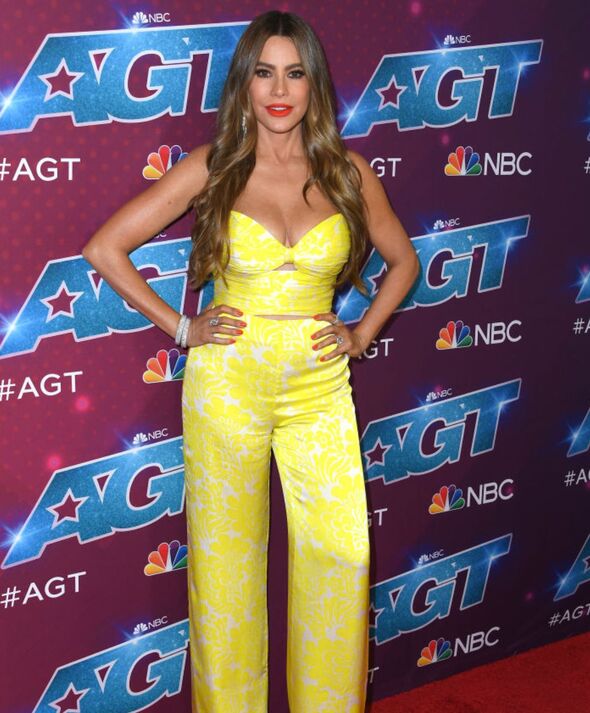 At a previous photo call prior to another America’s Got Talent live show, Sofia Vergara rocked a bright yellow two-piece, demonstrating that she is not afraid to stand out from the crowd. 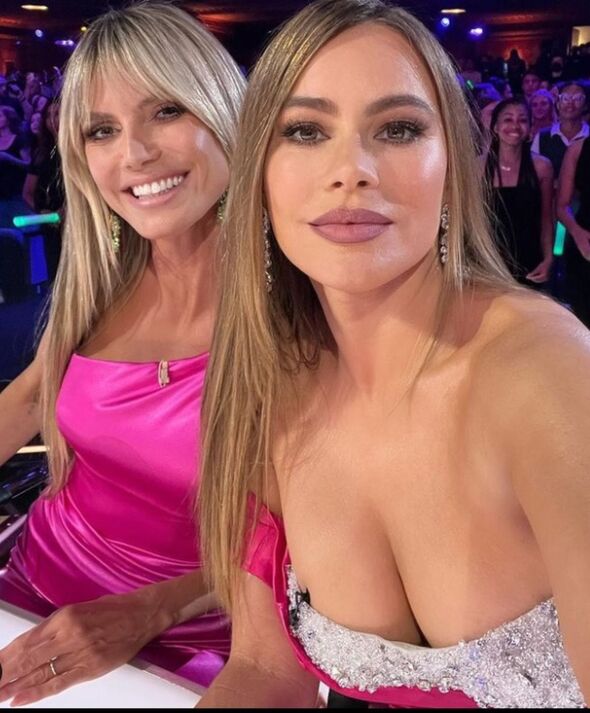 Heidi Klum and Sofia Vergara checking out the latest talent

Heidi Klum has been judging America’s Got Talent for almost a decade, since joining the show in 2013 as a replacement for Sharon Osbourne, while Sofia Vergara is newer to the role, having arrived in 2020 – and the pair seem to get along famously 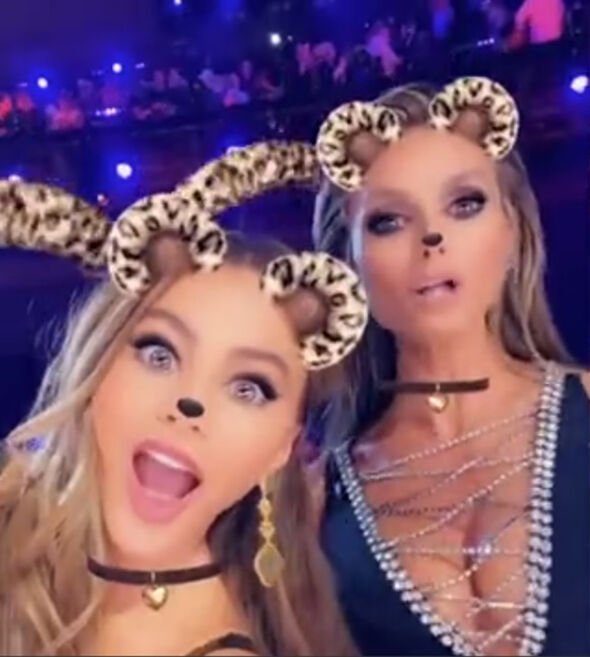