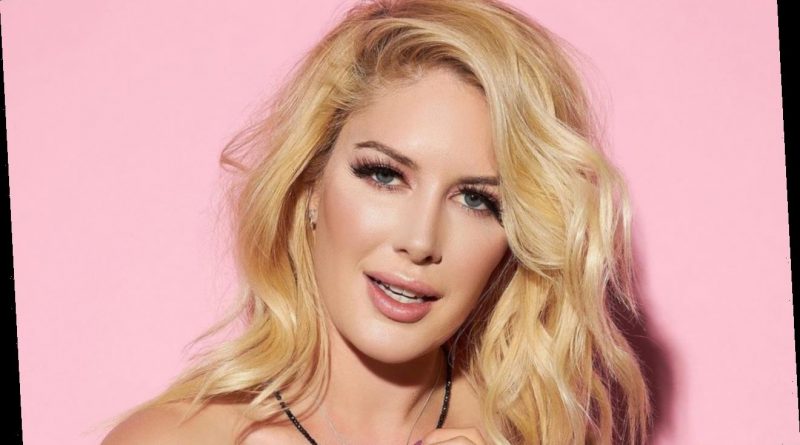 After shutting down pregnancy rumors by saying that she is ‘a little overweight,’ the former star of ‘The Hills: New Beginnings’ encourages her followers to not ‘people pressure or bully’ them.

AceShowbiz –Heidi Montag will not go easy on those spewing negative comments about her figure. Having been told to lose some pounds by trolls after she blamed her weight to shut down pregnancy rumors, the former star of “The Hills” called out those “disgusting” body-shamers on social media.

On Monday, February 15, the 34-year-old wife of former reality star Spencer Pratt took to Twitter to fire back at the haters. “Wow disgusting people saying I need to loose weight… bye,” she simply wrote in her tweet.

Heidi has since received support from her fans. One advised her, “Omg, don’t listen to them, your Peace is where you put your focus on. Don’t feed the haters.” Another told her, “I will never accept people doing that to you, you are beautiful inside and out.” A third suggested, “Ignore them, QUEEN! Shaaaaammme on them.”

Heidi’s clapback came just two days after she assured her followers that she was not expecting another child. Making use of Twitter on Saturday, February 13, she spilled, “No I am not pregnant yet. Just a little overweight.” She additionally encouraged her followers to never listen to what critics said about them by noting, “Don’t let people pressure or bully you.”

Heidi might not be expecting another child with husband Spencer, but she did admit in October 2019 that she was thinking of giving their son a sibling. She tweeted at that time, “Thinking about baby #2.”

Pregnancy aside, Heidi and Spencer celebrated Valentine’s Day together with their friends. Sharing an Instagram picture of her sharing a kiss with her husband in addition to other snaps that saw their pals and their kids, she raved, “What a day full of love!!!!! @spencerpratt you are the love of my life! Thank you for every moment!”

“My friends I love and share such special mom and wife moments @racheleva13 @got.it.for.my.girls @caitlyncrisp,” the TV personality added. “Our children who couldn’t love each other more!!!! #happyvalentinesday #love.”