Going into Avengers: Infinity War felt like reading the last Harry Potter book and dreading the death of your favorite character. Similarly, for Infinity War, fans were convinced that at least one character would be killed off, especially as three longtime Marvel actors — Chris Evans, Chris Hemsworth, and Robert Downey Jr. — are finishing their contracts with the studio soon. Spoiler Alert: Spoilers for Avengers: Infinity War follow. Well, in the end, character deaths didn’t exactly happen the way we thought they would, and it’s safe to say that we can’t say just yet that these deaths are finalized. Until we figure out the true fates of all these superheros, how many Avengers are left after Infinity War?

In the last few minutes of Infinity War, after Thanos retrieved all six Infinity Stones and used their power to his advantage, we watched as the superheroes disappeared one by one into thin air. It wasn’t a physical face-off with Thanos that defeated them; rather, it was just the power they had been dreading but had hoped that they wouldn’t have to face. As the aftermath of that final battle winded down, we were all scrambling to do a head count and figure out who was left standing. Was there a pattern among the survivors? Why were they the ones to survive? Things were so fast-paced and chaotic that it was easy to miss out on a remaining character, so we have a tally of who is left to figure out the Avengers’ next step in the Infinity War sequel. 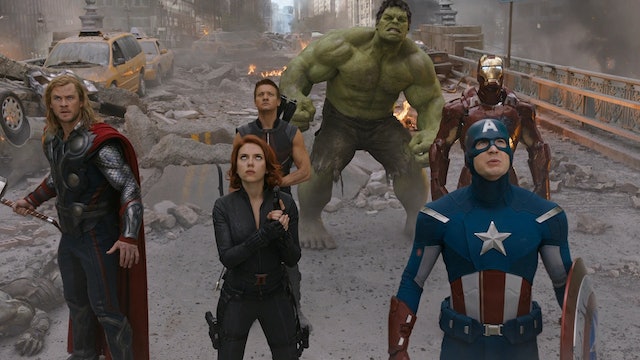 Following the final battle against Thanos in Wakanda, Captain America, Black Widow, the Hulk, Thor, Okoye, and War Machine all remained in one piece. Things seemed hopeful for a moment during the battle, when Scarlet Witch willingly destroyed the Mind Stone and, in turn, Vision, but Thanos then used the corresponding Stone to turn back time and bring Vision back in order to remove the Stone from him. Vision died (once again) as a result, and Wanda was also one of the victims of the mysterious superhero vanishing act. Meanwhile, the surviving group huddled over T’Challa’s seemingly empty suit of armor, but it is noteworthy to point out that his entire body didn’t seem to disintegrate like the others’ did. Maybe he’ll turn out fine within minutes of the sequel’s opening?

Playing in time with the battle, Iron Man watched as Doctor Strange, Spider-Man, Peter Quill, Drax, and Mantis disintegrated in front of him while on a completely different planet. Being completely alone and seemingly not aware of what was going on elsewhere, he now faces the challenge of reaching out to the other Avengers and reuniting with them, but who’s to say that he’ll even try to do that? Perhaps Tony thinks that he’s entirely on his own, and with Nick Fury and Maria Hill also vanishing while in New York, he has a fairly limited range of ways to contact his friends.

Meanwhile, going off questions about why Hawkeye wasn’t seen in the Infinity War trailer, there’s still hope that he remains alive somewhere in the universe after not appearing in the film at all. In the beginning of the movie, Natasha briefly mentioned that both he and Ant-Man were off the grid. As we saw, only the original Avengers, as well as War Machine and Okoye, seem to remain, which could mean that the power of the Infinity Stones didn’t affect Hawkeye and he’s still out there somewhere. When fans wondered prior to the film’s release why the character wasn’t in the trailer, directors Anthony and Joe Russo explained to io9 in the vaguest of ways what Hawkeye would be up to in the last two Avengers films:

Later on, Joe Russo said in an interview:

Now knowing the context of Hawkeye’s whereabouts, I think it’s safe to say that we’ll see his return in the Infinity War sequel.

It’s fitting that, even though most of the world’s superheroes just disappeared, the original Avengers will likely have a chance to revisit their old camaraderie and save the world together in the next film. We have five confirmed Avengers alive and not-so-well for the sequel, as well as the bonus expertise of War Machine and Okoye to help out, and I wouldn’t put it past Marvel to throw in some surprise cameos in the next film.