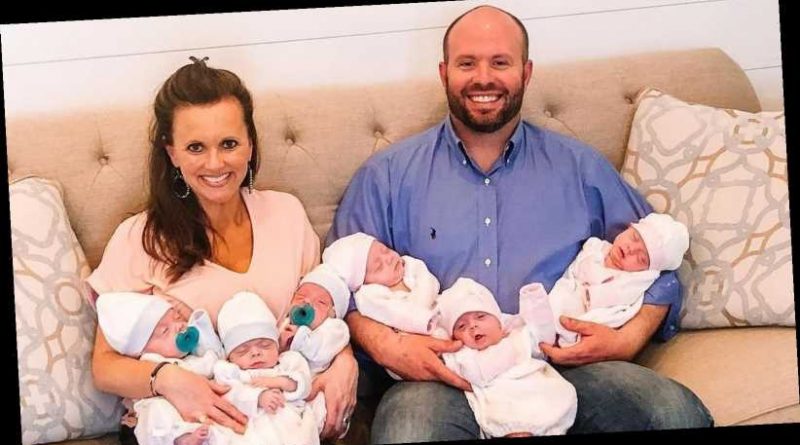 Sweet Home Sextuplets follows the Waldrop family and their nine children — yes, you read that right, nine! Childhood sweethearts Courtney and Eric Waldrop discovered that Courtney had a blood disorder after trying for their second child, leading them to fertility treatments that resulted in the birth of twin boys (via Discovery). When trying for a fourth, and final, child, the couple was surprised to find that they were pregnant with six healthy babies, turning the Waldrops into a family of 11.

The show first aired on TLC in 2018 with six one-hour episodes. Fans got an inside look at the family before the babies were even born, which was something viewers hadn’t seen before on TLC. “A first for the network, we began this journey with Courtney and Eric even before the sextuplets arrived, when they already had three boys in their brood,” Howard Lee, President and General Manager of TLC told Discovery at the time. “Our viewers get to see exactly what it’s like to experience such a life-altering moment in its entirety, going from a family of five all the way through expanding to a family of 11.”

Fans of Sweet Home Sextuplets have watched all nine children grow up during the first two seasons of the show, and with the third season recently debuting during the summer of 2020, we got to see even more from the Waldrop family.

From lighthearted moments like the sextuplets entering preschool and the older boys trying karate to more heartbreaking scenes, like the sextuplets starting their “terrible twos” phase and a devastating tornado hitting their hometown, season 3 has given us a glimpse of the children coming into their own.

As the season wraps, we see how the family handled the coronavirus — according to Access Hollywood, two of the series’ episodes were self-filmed due to social-distancing guidelines — and watch them finally move into a new home. While we don’t yet know if there will be a fourth season, viewers can catch up on previous episodes of the sextuplets and their siblings on TLC, Hulu (only season 3), and Amazon Prime.