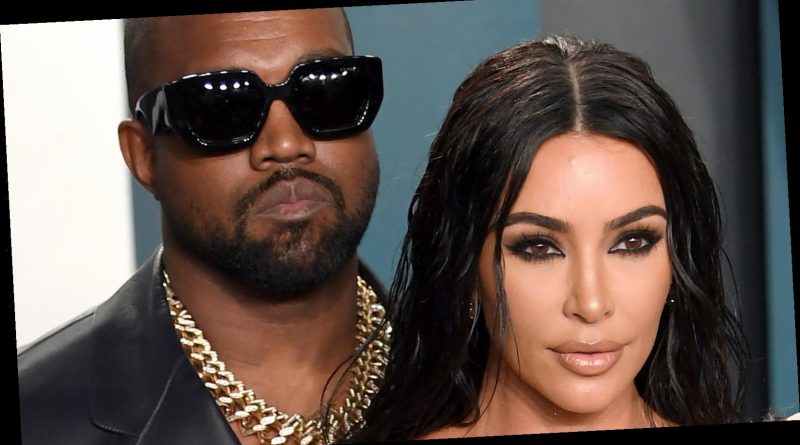 It was a split heard ’round the world. Only a mere five days after Valentine’s Day 2021, TMZ reported that Kim Kardashian officially filed for divorce from her reportedly estranged husband Kanye West.

Rumors of their divorce first began in August 2020 following West’s presidential bid and Twitter tirades. West was previously diagnosed with bipolar disorder, and Kardashian has spoken out about trying to connect with West during difficult episodes. Through all of the couple’s ups and downs, they have both put their four children first.

Per Page Six, Kim stopped wearing her wedding ring in January 2021, and West had relocated to his Wyoming ranch full-time. Now Kardashian is pulling the plug on their seven-year marriage. She reportedly retained divorce attorney Laura Wasser, who is known to “advocate for her clients to negotiate and agree on a confidential settlement before any divorce papers are filed in court,” according to Page Six, ensuring that financial details remain private and not public record. Yet it seems Kardashian might have just circumvented that.

So what do we know about this power couple’s prenuptial agreement? Keep scrolling to find out!

Kim Kardashian and Kanye West are keeping it simple

According to TMZ, the couple might have already settled the finances of their split. Kim Kardashian and Kanye West had a prenuptial agreement prior to their lavish 2014 wedding, and sources state that neither partner is contesting it. The exes are even seeking a joint custody arrangement, while also “already far along in reaching a property settlement agreement,” the outlet reported.

Since their prenup, both stars now boast more assets. West’s $14 million Wyoming ranch is one of the couple’s many shared properties, plus their Hidden Hills home that is now worth an estimated $60 million after renovations. A source told Page Six that Kardashian is “trying to get Kanye to turn over the Calabasas house to her because that’s where the kids are based.” The unnamed source also confirmed that Kardashian owns “all the land and adjoining lots” to the property while West owns the house itself.

What about the cash? Forbes deemed West a billionaire in April 2020; the publication also credits Kardashian’s net worth at $780 million, a stunning increase from her original $30 million in funds before marrying West, as reported by Fox Business.

A family attorney at New York City firm Aronson Mayefsky & Sloan speculated to Fox that Kardashian and West’s current prenup would most likely ensure that “everything they came to the marriage with… they would leave with.” New ventures would “be off the table,” and neither are expected to seek spousal support. It’s the end of an era.