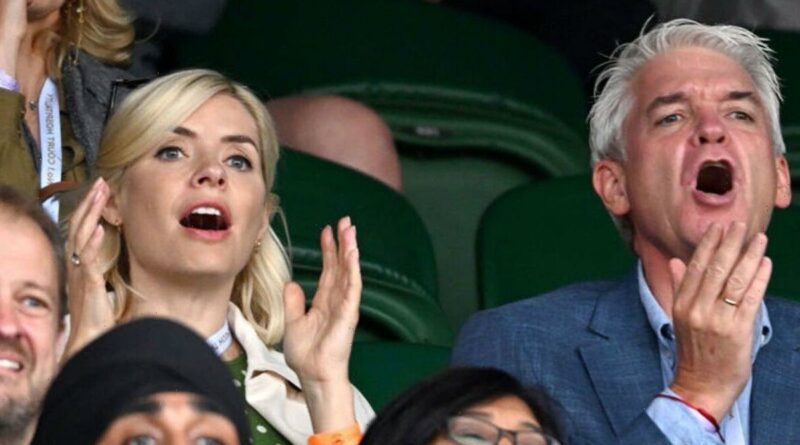 Holly Willoughby, 41, and Phillip Schofield, 60, sparked uproar amid claims the ITV presenting duo skipped the line to see the Queen lying in state. The This Morning presenters are reportedly keen to attend the National Television Awards (NTAs) next month but show bosses are concerned the pair may get booed.

The ITV hosts are among the favourites to scoop an award at the star-studded event.

Following the queue jumping row, the pair have been subject to online abuse in the wake of the claims and a petition to have the duo sacked has reached 70,000 signatures in just over a week.

According to reports, ITV bosses are aware that the NTAs could pose “risks” for the pair and will put “measures” in place on the night, insisting that “keeping them safe is 100 per cent in the planning”.

A source told MailOnline: “Phil and Holly haven’t missed an NTA Awards in years. Although they regret any offence people may have felt by what happened at Westminster, they both remain firm in their view they didn’t do anything wrong. 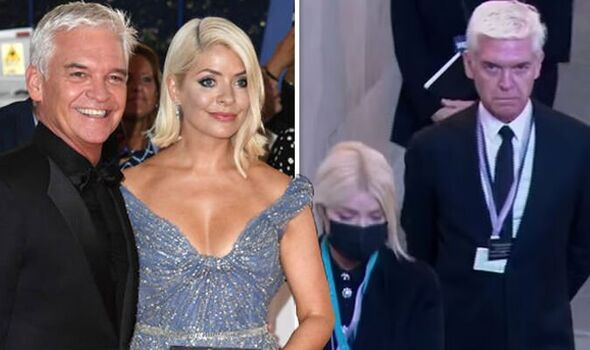 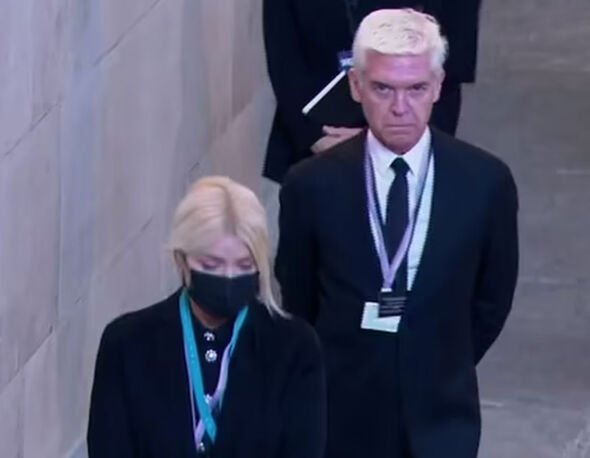 “They therefore don’t see why they should have to hide away and keep their heads down.”

They continued: “ITV are aware that the event will pose risks for the pair though. It’s the biggest TV Awards of the year and lots of people will be there, including many who might not agree with what Phil and Holly did.

“The scale and nature of the abuse they’ve received – mainly via social media – has been shocking.

“That’s why senior executives will make sure measures are put in place on the night to make sure that Phillip, Holly and the rest of the This Morning team are kept as safe as they can be.”

The source added the past week has been the “worst period” of Holly and Phillip’s career but the presenting duo wants to move forward and put the matter behind them.

Express.co.uk has contacted representatives for ITV, the NTAs, Holly Willoughby and Phillip Schofield for comment.

Meanwhile, Ofcom have reportedly received a string of complaints about queuegate as fuming viewers contacted the regular to demand the pair apologise.

According to The Mirror, Ofcom received 55 complaints this week while 209 complaints were made the previous week.

Perrie Edwards and Alex Oxlade-Chamberlain burgled[LATEST]
Bob Mortimer rushed to hospital as he admits ‘I’m not very well'[HEALTH]
Megan Fox, 36, dazzles as she puts on racy display in lace-up trousers[PICTURES]

ITV boss Dame Carolyn McCall has fully backed the duo and assured viewers they will be not be stepping down from their roles on This Morning anytime soon.

Speaking at the RTS London Convention, the TV chief was asked if the daytime presenters did anything wrong.

She replied: “Honestly, nothing. Honestly. They did have accreditation. Lots of people saying they didn’t.

“They were sent by This Morning to do a piece for 20 September which ran.

“They were to interview people inside and outside. They didn’t displace anyone in the queue. And they’ve been very misrepresented, actually.”

“But it does show you how things spread and how misinformation just spreads. And it is really horrible for them.”

Addressing their future, she clarified: “I think they’re highly relevant and still very topical, and I think the majority of their viewers love watching them.

“It’s hard. You imagine yourself in the eye of the storm like this, where you’re trying to say you’ve done nothing wrong and all the noise around you is saying that you have. It’s difficult to handle.”

This Morning airs weekdays on ITV at 10am.