Home » Celebrities » How Does BTS' Suga Take His Coffee? 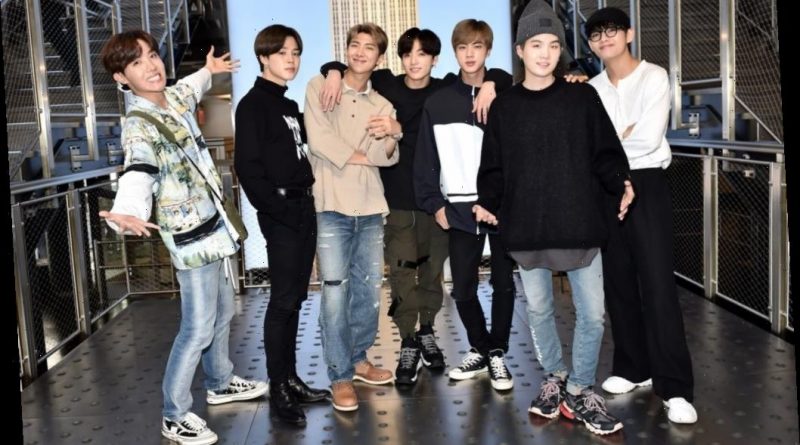 He loves writing music and the BTS ARMY. As one of the rappers and dancers in BTS, Suga is also known for his love of coffee and one iced coffee drink in particular. Here’s what we know about Min Yoongi, who performs under the stage names Suga and Agust D.

Suga is a rapper in BTS

Along with RM, Jin, J-Hope, Jimin, V and Jungkook, Suga is one of the award-winning artists in BTS, rapping and dancing for songs like “Dynamite” and “Boy With Luv.”

Aside from appearing on group songs like “Dynamite,” Suga had a few solo songs released under the BTS umbrella. That includes “Interlude: Shadow” off of Map of the Soul: 7 and “Trivia: Seesaw” off of Love Yourself: Answer.

In addition to performing, Suga is also one of the songwriters and producers for BTS, having a role in songs like “Telepathy,” “Dis-ease,” and “Life Goes On” on the recently-released album, Be (Deluxe Edition.) (He wrote and produced with other members like rappers RM and J-Hope.)

This rapper is unapologetic about his love for Panda Express. Suga is also a huge fan of coffee, even being photographed holding a Starbucks cup. His order of choice is an iced Americano, which is typically cold water and ice over shots of espresso.

Even the other members of this group know how much Suga loves the drink. According to Koreaboo, when RM asked the members to raise their hands if they wanted coffee, Suga didn’t raise his hand. The leader of the group still counted Suga, knowing how much the rapper loves coffee.

“I shall tell you about my “Small but Definite Happiness List,” Suga said during a translation in another video. “Drinking an iced Americano on an empty stomach. Although it’s bad for you, I really like it.”

Aside from his work in BTS, Suga releases solo music under the stage name Agust D. In 2020, he released “Daechwita” music video in conjunction with his second mixtape, even featuring cameos from Jin and Jungkook.

To celebrate Min Yoongi filming and to cheer him on, another BTS rapper, J-Hope sent a coffee truck to the set of the music video. A banner on the truck read, “I came to boost my hyung‘s confidence. Min Suga jjang jjang man!! Sope’s maknae, Hope.”

To thank J-Hope, Suga posted several pictures to the BTS Twitter account, captioning them, “An overwhelming amount of gratitude to the coffee truck from SOPE’s maknae Hobi,” according to a fan translation.

Music by Suga and BTS is available on most major streaming platforms.