Home » Celebrities » How Will Kourtney Kardashian Make Money If She's Not On 'KUWTK'?

Tensions seem to be rising among the Kardashian sisters on Keeping Up With the Kardashians. Kim, Kourtney and Khloé have all been close since they were younger, but having filmed for a dozen years, the show has started to take its toll. Now, Kourtney is taking a step back from filming to focus on other things. But how will she make money without the show? 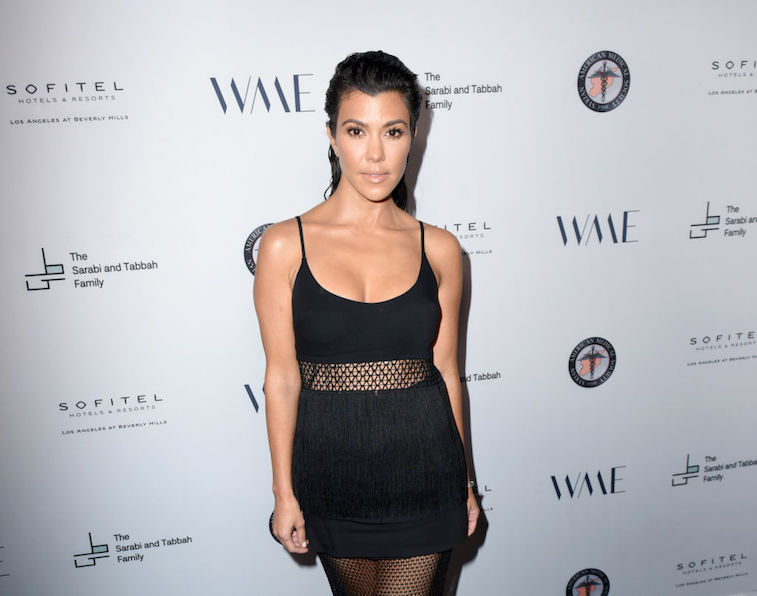 ‘KUWTK’ has followed the Kardashians for 12 years

Since 2007, the Kardashian family has been America’s most famous reality television family. Kris Jenner’s kids have been on television ever since Ryan Seacrest discovered the family well over a decade ago. The family started filming in 2007, and the Kardashians turned a 30-minute weekly reality show into a massive empire. Now, the show is still running (each episode was increased to an hour), but it’s started to become a lot for the women to handle with their families and careers. Kendall and Kylie don’t film much for the show anymore, and Kourtney wants KUWTK to take a backseat in her life as well.

Kourtney mostly wants to spend more time being a mom

Kourtney is a mother of three kids. She and Scott Disick welcomed their first son, Mason, in 2009. They then had a daughter, Penelope, in 2013, and another son, Reign, in 2014. Though the couple split in 2015, they’ve been doing their best to co-parent the kids, and so far, it’s bee going well. But now that the children are getting older, Kourtney wants to step away from the spotlight a bit more and just focus on being a mother. Of the three Kardashian sisters, Kourtney has always seemed to like the spotlight the least. And now, she’s finally deciding to take a break.

Overwhelmed with thankfulness, words can not express.

Her new lifestyle website will be her main source of income

In March 2019, Kourtney took on a new endeavor: She launchedher lifestyle website, Poosh. The website covers different tips and tricks forall things lifestyle, from health and wellness to career and travel. Many havecompared it to Gwyneth Paltrow’s lifestyle site, Goop, though it manycelebrities have taken to the web to share their different wellness ideas(Meghan Markle, for example, also had a highly successful lifestyle blog beforeshe became a royal).

Poosh will likely be Kourtney’s main source of income without KUWTK. Since fans can shop for products through the Poosh site, Kourtney takes a cut of those profits. Plus, her website has advertisements that companies likely pay big bucks to run on the site. Kourtney reportedly took home $25 million from the KUWTK 2017 contract, so that is definitely some money she’ll miss without the show. But it’s possible her lifestyle site will make up for it.

For all of you pink moon milk collagen latte addicts, we will be sold out today so stock up before it’s out 🌙 And our beautiful pooshXsaje diffuser and oil set has limited quantities remaining. Stock up for the holidays! 🎁 SHOP.POOSH.COM

The Kardashians could retire right now if they wanted

Let’s state the obvious: The Kardashians are insanelywealthy. Kourtney is reportedly worth around $35million, but with this new website, her net worth could be growing. Andeven if it’s not, with that much money, she could afford to retire entirelytomorrow and not hurt one bit. Her sisters Khloé and Kendall are worth aboutthe same, while Kim and Kylie are worth much more. At this point, the womendon’t even need the show anymore; they have more than enough money to livecomfortably for the rest of their lives.