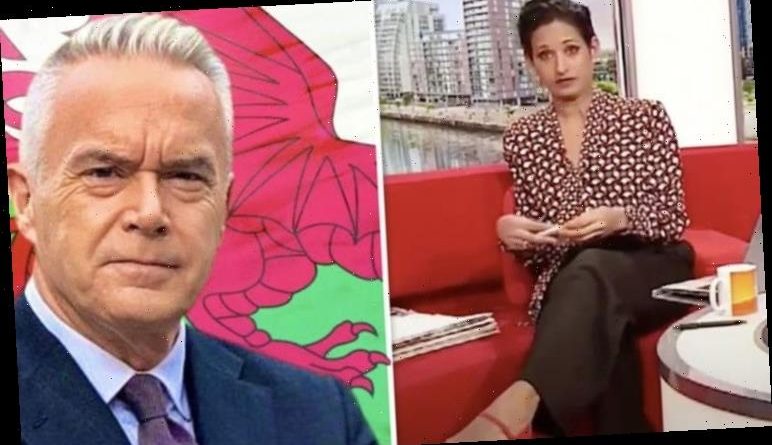 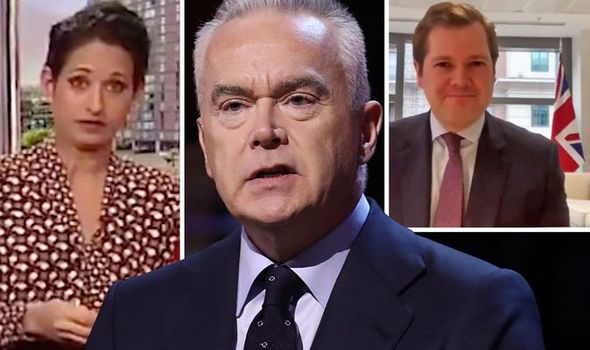 Huw Edwards, 59, has rushed to defend his BBC colleague Naga Muchetty, 46, as she is currently on the receiving end of backlash from BBC Breakfast viewers for poking fun at Housing Secretary Robert Jenrick’s Union flag in the background of his interview on the programme.

The Welsh BBC News journalist took to Twitter to issue a humorous jibe at the incident while joking that he will now be presenting the programme in front of the Flag of Wales in light of the debate.

Huw shared a photo of himself which he had edited so it seemed like he was hosting the news with the flag’s famous red dragon behind him.

He penned alongside the parody snap: “Flags are now mandatory — very pleased with my new backdrop for @BBCNews at Ten.”

Fans took to Twitter to speak out on Huw’s cheeky retort, with one person jokingly writing: “The year is 2024. People not displaying a British flag at all times are shot instantly. There is an underground resistance movement who have adopted the EU flag. Tories still have a 7 point lead in the polls.”

Another added: “I really hope all BBC presenters stand up against this utter nonsense aimed at Naga.”

“It’s still early to be winning the internet for the day but I think you’ve done it, mate,” a fourth fan gushed.