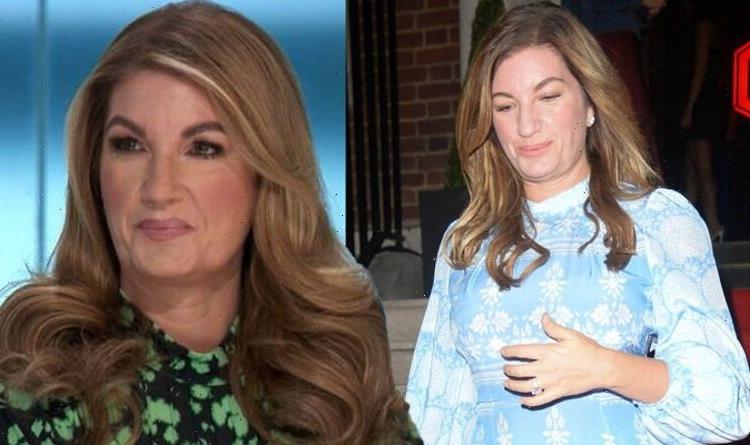 Karren Brady, 52, underwent a full-body MRI scan in 2006 as part of a medical screening, with a potentially fatal cerebral aneurysm being discovered. The Apprentice star has recalled the traumatic period of her life in a new interview and how the experience made her look at life differently.

It was a miracle I had survived!

Karren has two children with her husband Paul Peschisolido named Sophie and Paolo.

In 2006 Karren was told by doctors she had a potentially fatal cerebral aneurysm.

Speaking to SheerLuxe about the experience, she said: “Back in early 2006, I got a big shock when I went for an MRI scan and doctors discovered a potentially fatal cerebral aneurysm.

“In fact, they told me it was a miracle I had survived the births of my two children.

“I underwent urgent neurosurgery to prevent the aneurysm from rupturing, made a full recovery and was back at work about a month later.”

KArren then discussed how she “coped” during this difficult period in her life.

She continued: “In my own way, I coped by breaking it down into three component parts.

“The first was accepting what was happening.

“The second was coming up with a treatment plan and the third was finding a way to move on with my life.

“I didn’t tell many people what was really happening – I didn’t want to be weighed down by their sympathy – but it did make me realise life was short.”

Karren joined the Apprentice in 2007, replacing Margaret Munford, and has been a firm favourite on the show since.

She is also known as the first woman in football, as she joined a male-dominated boardroom as the managing director of Birmingham City F.C at the age of just 23.

She is now the vice-chairman of West Ham United FC and carries on to lead women in business.

Speaking to The Times about her early career she said: “Women were not allowed in the boardrooms of football.

“I was the first woman to come along and say, ‘This is not acceptable.”

“The difference between when I was carving out my career and today is that [back then] people didn’t see it as sexism to chant things at you, to say things to you, to ask you as a woman in the meeting to take the notes or make the tea and the coffee.

She continued: “It was just an unconscious bias that men were in charge and women were very subservient, and I had to spend a lot of my time pointing out the fact that… everybody should be dealt with equally.”

The businesswoman is currently partnered with Simply Business and is offering mentoring sessions for female entrepreneurs to improve their skills and confidence in business.