Home » Celebrities » ‘I think that’s a hill I’d be willing to die on!’ Jimmy Carr speaks out on cancel culture 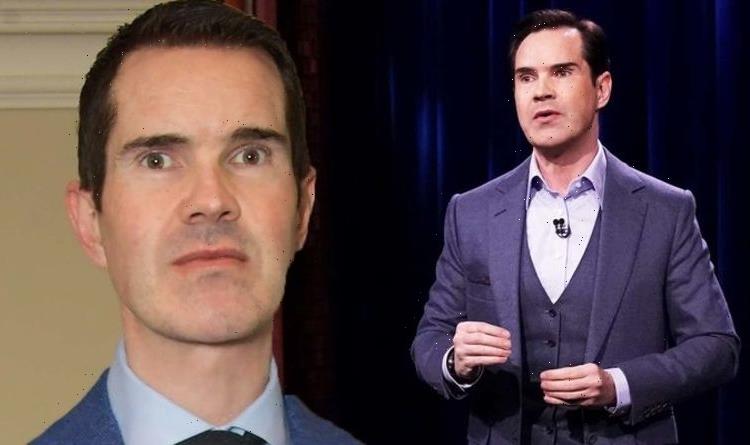 Jimmy Carr,  49, has been outspoken when it comes to his stance on telling offensive jokes despite the existence of “cancel culture” in comedy. The comedian addressed the subject and the controversy that surrounds it in the latest episode of the Out To Lunch podcast with food critic Jay Rayner.

Jimmy candidly confessed that his stage persona often gives people the wrong impression of his personality.

He also discussed his previous conversation around panic attacks, which he once said he suffers from every morning when he wakes up.

Jay then asked whether that was still happening, to which Jimmy affirmed.

“I think my stage persona would lead you to believe that this guy doesn’t give a f**k cause you’re doing one liners on stage, you’re in a certain mode when you’re doing that and it’s a status thing on stage.

“But actually, it was a really horrible thing to go through.”

Jimmy found himself at the centre of controversy in 2012 after he was found to have used a scheme which significantly decreased the amount of tax he paid.

While the scheme was legal, Jimmy’s reputation took a hit.

The scandal even got the attention of then-Prime Minister David Cameron, who branded JImmy’s actions as “morally wrong”.

Addressing that period of his life and the risk of being “cancelled” over his jokes, Jimmy was clear on what he wants for his audience.

He outlined how all of his shows feature jokes that have been carefully tested and curated.

The comedian said: “I think that’s a hill I’d be willing to die on…

“You probably need 300 for a touring show, for me.

“You test them in front of an audience.

“The audience tell you two things. They tell you whether it’s funny or not, it’s binary, it either gets a big laugh or it doesn’t and they tell you if it’s acceptable.”

Jimmy went on: “We can all say something that’s outlandish or cruel on stage and get a big ‘woo’ or a gasp or an intake of breath.

“But if there isn’t a laugh first, it’s not anything really.”

Out to Lunch with Jay Rayner is available weekly on all podcast providers.