AceShowbiz –Iggy Azalea has been left “exhausted” by negative comments following the collapse of her backing dancer on Thursday, December 27.

The “Fancy” rapper was performing “Black Widow” at the Maracana Stadium in Rio de Janeiro, Brazil, when her back-up dancer collapsed and suffered a seizure. The set was halted while paramedics drove an ambulance onstage to treat the dancer before taking her away, and Iggy then carried on with the show.

The Australian star was blasted by online critics for not stopping the show as soon as the dancer passed out, and she defended herself by explaining that she didn’t realise it was so serious.

She later returned to her Instagram Stories to write a lengthy post in which she confessed all the negative comments were getting her down. 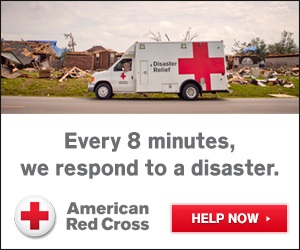 “Sometimes I really feel exhausted by the world, it feels like ANY thing I do becomes an opportunity for people to tell me why I’m s**t, why my music sucks, my clothes are ugly, why I don’t matter or Why im a horrible person (sic),” she wrote.

“Im worn down… the last 4 years are just me existing in a world where I can do nothing right & it’s hard not to feel like ‘what’s the point’ & keep motivated.”

She then urged everyone to be kinder to one another online, before concluding, “Seeing how much people enjoy being awful to one another is depressing.”

When she first addressed the drama, the 28-year-old told fans that her dancer was feeling much better and the seizure had been brought on by the lights and heat. She then wrote a lengthy message explaining why she didn’t stop performing.

“For what it’s worth in regards to the backup dancer. 1. I thought she had just fallen/twisted her ankle and it may sound harsh but; you keep singing until the music stops and ask for a medic which is what I did,” she posted. “2. We are all really shaken up by what happened and just thankful she is okay.”