Home » Celebrities » Inside Prince Harry’s dating life: where are his exes now? 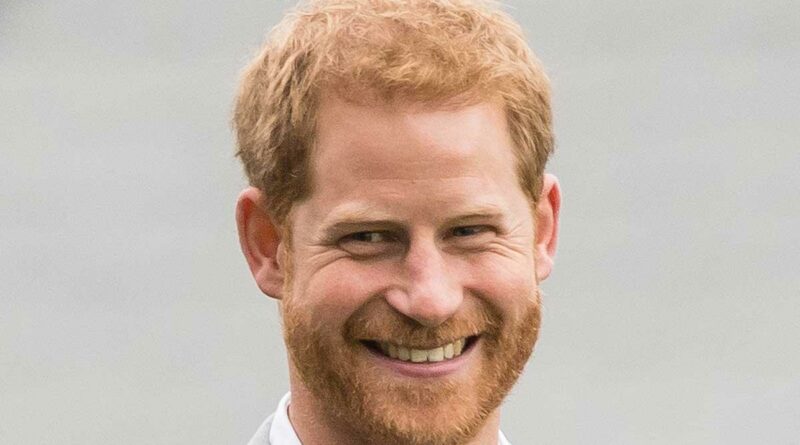 The Duke of Sussex is happily married to Suits actress Meghan Markle – and the loved-up couple share their luxurious Californian home with two adorable children.

After being introduced to one another by mutual friends, Meghan and Harry first started dating in 2016. Speaking to Vanity Fair at the time, Meghan, 41, gushed: “We’re a couple. We’re in love.”

WATCH: Harry and Meghan larking around with children is the most wholesome thing you’ll see all day

The smitten couple announced their engagement in November 2017, before tying the knot in 2018 at St George’s Chapel in Windsor.

Prior to Meghan, the flame-haired royal enjoyed a handful of relationships with the likes of Chelsy Davy and Cressida Bonas. We take a deep dive into what Harry’s exes are up to now…

To date, Prince Harry’s longest relationship remains with his ex-girlfriend Chelsy Davy whom he started dating in 2004. It was love at first sight for the young couple who first met during Prince Harry’s gap year in Cape Town.

The duo started dating in 2004

Their romance continued to blossom under the interest of the public, with Chelsy attending Prince Charles’ 60th birthday and even meeting the late Queen at a society wedding. However, after an on-off romance, things sadly came to an end in 2011 after Chelsy struggled with being in the royal spotlight.

Chelsy has since found love with 37-year-old Oxford graduate Sam Cutmore-Scott. And in January this year, the married couple welcomed their first child, a boy called Leo.

It’s not known how long Chelsy and Sam, who was a year above Harry at Eton College, have been dating, but in 2020, the 36-year-old revealed that she was in a serious relationship, but didn’t want to share who with.

She told Tatler: “There is someone, and I am quite taken by this one, but it’s very new and I don’t want to say too much.”

Prince Harry started dating actress Cressida Bonas in 2012 after allegedly being introduced by Princess Eugenie. The former couple shared a lust for life and they were often snapped holidaying together, appearing the perfect pair.

But as rumours of a royal engagement escalated, Cressida is said to have become increasingly overwhelmed by the public attention. While the pair split in 2014, they proved they are still on good terms, with Cressida attending Harry and Meghan’s wedding in 2018.

Cressida, 33, has since found love with Harry Wentworth-Stanley. She announced her engagement to Harry in August 2018, four years after they rekindled their romance. The pair are believed to have met when they were both students at Leeds University; they briefly dated before the property developer left for a year abroad in Argentina.

The actress and her long-term love Harry were married in a private wedding ceremony in July 2020. The White House Farm star exchanged vows with estate agent Harry, the son of the Marchioness of Milford Haven, with only a handful of guests present.

The actress is currently pregnant

The duo are now expecting their first child together – Cressida’s pregnancy only came to light when she revealed her bump last month while attending the wedding of the Queen’s second cousin, Lady Tatiana Mountbatten, and Alexander Dru, held at Winchester Cathedral.

Harry and The Saturdays singer, Mollie, were first introduced at a polo match in Surrey’s Hurtwood club in July 2010. The duo reportedly enjoyed a brief romance after spending an increasing amount of time together.

In an interview with Closer magazine, she said: “Yes, I have met Prince Harry, and we did go out for a drink. But a lot of the times I’m linked to men, I haven’t even met them!”.

The 35-year-old singer is now loved-up with cricketer Stuart Broad, 36. They started dating in 2018, and Stuart got down on one knee in 2021 and presented Mollie with a beautiful diamond ring!

After announcing her pregnancy in June, Mollie has since given birth to a baby girl named Annabella.

Jenna and Prince Harry briefly sparked romance rumours when they were pictured together following a polo match in 2015.

Appearing on GMB, the star simply said: “He’s a friend of mine.”

The Blackpool-born actress has most recently been linked to film director Jamie Childs, 35. They met when he directed her in the Netflix series The Sandman. Jenna reportedly still lives in her £2.2million London townhouse previously shared with her boyfriend at the time, Tom Hughes. The former couple met during filming for ITV period drama, Victoria, before calling it quits in 2020.

Make sure you never miss a ROYAL story! Sign up to The Royal Explainer newsletter to receive your weekly dose of royal features and other exclusive content straight to your inbox.