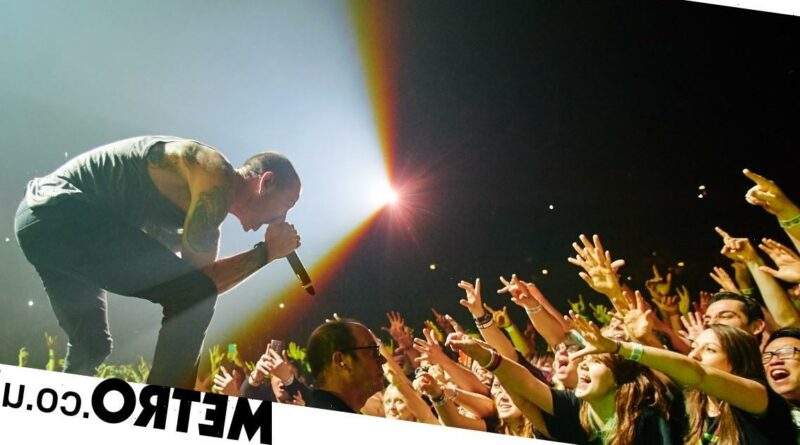 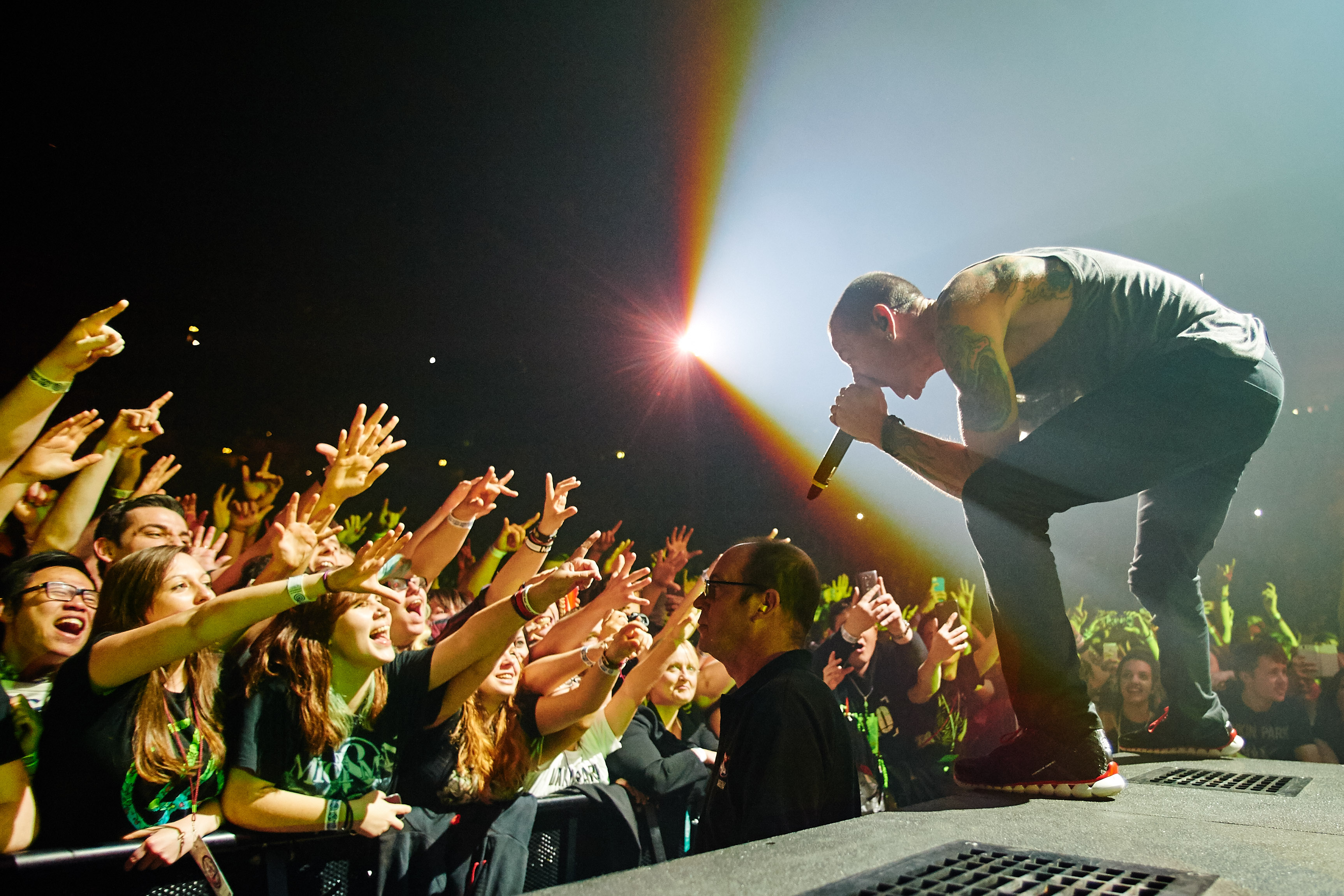 It was the message I never wanted – or expected – to read.

On the afternoon of July 20 2017, a friend sent me a link to a TMZ article alongside a shocking, all-caps message – and we all know that TMZ are almost always the bearers of bad news when it comes to celebrity deaths.

Five years ago today, this was the unceremonious way I learned that one of my greatest heroes had died.’

I was living in Germany, working in a hostel which saw hundreds of solo travelers and groups pass through each week, plenty of whom I would count as friends by the end of their stay.

Every Thursday night I would lead the our weekly pub crawl through the streets of Frankfurt to the party area of Sachsenhausen, where we would hit several bars.

And every single week, the night ended in the same way: singing Linkin Park’s In The End in the final stop, an Irish Karaoke Bar.

I had been a massive Linkin Park fan for years, my exhausting personality meaning I couldn’t just like something, I had to be obsessed: I had to eat, sleep and breathe the subject.

And for a long time, the subject was Linkin Park, and in particular, Chester.

People offered their condolences to me like I had known Chester personally, like he was an actual friend instead of someone I had never met and never would meet.

In classic fashion, denial came first: there were celebrity death hoaxes all the time, this wasn’t real, couldn’t be real, it was a mistake.

Even when bandmate Mike Shinoda tweeted and confirmed the horrible, horrible news it didn’t feel real: I didn’t cry until months later, when the band performed a tribute concert in his memory, a spotlight shining on the empty microphone where he should have stood.

I didn’t process it for a long time and even now it just doesn’t feel right, and I know I’m not the only fan who feels this way.

Five years after Chester’s death, I still find it hard to listen to them. His voice is so unique, so powerful, that it’s impossible not to think about what a loss he is every time.

Obviously he’s irreplaceable as a musician, but more than that, my thoughts always turn to his Linkin Park bandmates, to his widow Talinda, to his six children, and how they have to live with this every day.

Then I feel guilty, because I was grieving – genuinely grieving – for a man I didn’t know at all, even though I had fallen asleep with his voice in my ears more times than I can count.

And the thing is, when it comes to depression we’re always told to speak out, to talk, to open up about how you’re feeling, like that’s a cure of some kind.

And yes, it helps, but the thing is, Chester did that. He did it all the time.

Even Linkin Park’s 2007 track Leave Out All The Rest essentially reads like a suicide note – which he did not leave – as it pleads with his loved ones not to resent him for what he’s done.

Going back to the beginning of Linkin Park’s career, Chester never stopped speaking out about his demons: addiction, childhood trauma, depression, suicide attempts.

But he always made it seem as though he had beaten those demons – every interview was so positive; he made it so easy to believe he had overcome the darkness.

And this openness, this positivity, this honesty, genuinely helped so many people around the world who have had their own struggle with depression, who looked up to Chester as someone who’s been through the same thing and felt no shame.

And then you see videos taken on the morning he died, as he smiled and laughed with his wife and children hours before he took his own life; the Carpool Karaoke taken with his bandmates just days before.

It’s hard to listen to songs you love – and I do still love them – when within seconds of it starting you have all of these thoughts and feelings in rapid succession, and still, still, it doesn’t seem real.

All of my memories of Linkin Park and Chester before July 20, 2017 are made up of pure joy and laughter: those nights in the German karaoke bar, singing songs in the street as a teenager, inside jokes, even just watching some behind-the-scenes moments of the band.

I never got to see Linkin Park live despite being a fan for so long, but that pure unadulterated joy was enough, more than enough.

I hope I get that back someday.