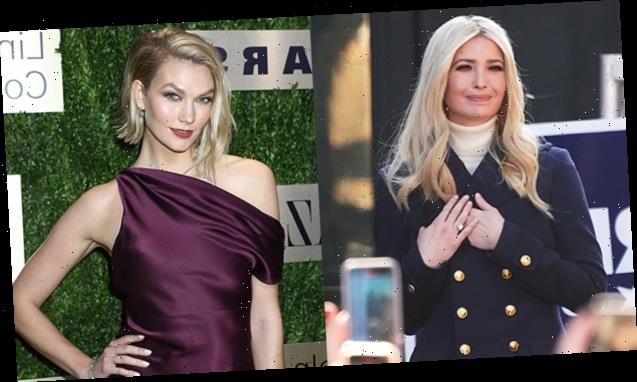 Family feud! Model and activist Karlie Kloss has reportedly angered her sister-in-law Ivanka Trump by calling out her father Donald Trump inciting a riot at the U.S. Capitol on Jan. 6 as “anti-American.” The pregnant 28-year-old tweeted, “Accepting the results of a legitimate democratic election is patriotic. Refusing to do so and inciting violence is anti-American.” A user shot back, “Tell your sister in law and brother law,” referring to Ivanka and husband Jared Kushner, both close aides to President Trump, 74. Karlie responded, “I’ve tried,” and now Ivanka is reported offended about that implication.

“The tweet was brought to Ivanka’s attention and she was mostly surprised because they’re so close and talk on a regular basis, but never really about politics,” Page Six reports about Trump’s 39-year-old daughter. “Karlie likes to position herself publicly as an activist, yet she’s never approached Ivanka on any of the issues she’s championed like paid maternal leave, women in STEM and criminal justice reform.” 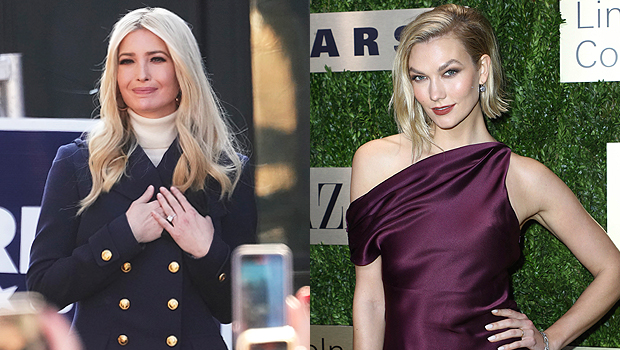 Karlie has made no secret in the past that she’s progressive in her political stances and showed her support for Trump’s Democratic opponent Joe Biden by wearing a pro-Biden face mask to vote for him in the 2020 presidential election. But she’s never openly gone after Ivanka and Jared publicly, as she’s married to 39-year-old Kushner’s younger brother Joshua, 39. Until now, the family has seemed to keep out of each other’s politics.

“Implying she has tried to discuss her different views is simply not true. Karlie is public with her politics, but privately shies away from discussing them. But they are very close and they really enjoy each other’s company, so Ivanka is hurt,” Page Six‘s source continues, adding, “Understandably, the moments of the day left everyone feeling fraught and upset, but Ivanka would of course be open to hearing from Karlie about her views.”

While Ivanka might be upset that Karlie claimed to have tried to talk to her about her dad inciting violence, video emerged on Jan. 7 showing Ivanka standing next to Trump while watching video screens of the agitated crowd of supporters outside the White House ahead of his Jan. 6 rally. He then took stage and riled up his followers, telling them to head to the U.S. Capitol and “fight” Congress certifying the Electoral College votes that ensured Biden’s presidential win. The mob followed his instructions and a massive riot broke out when they breached the Capitol building. Five people died in the ensuing chaos by Trump’s supporters, that resulted in looting, vandalism and the evacuation of Congressional members.

Karlie and Joshua married on Oct. 18, 2018 in upstate NY in a small formal wedding, followed by a much more relaxed and fun ceremony for pals on a Wyoming ranch in June 2019. Ivanka and Jared were included in that tight circle, amid the much more liberal likes of Katy Perry and fiance Orlando Bloom, Ashton Kutcher and wife Mila Kunis , talent manager Scooter Braun and more. Karlie had made her voice known that she was anti-Trump in subtle ways ever since he was elected president in 2016, such as when she and Joshua attended the Jan. 2017 Women’s March protest following Trump’s inauguration.