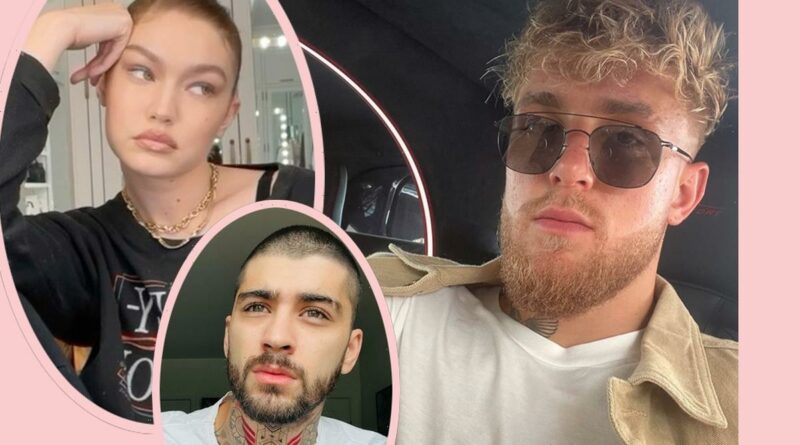 We thought this beef was way past its expiration date — but it turns out Jake Paul is kind of a kick-’em-while-they’re-down type fighter.

Back in February of 2020, the YouTube star infamously picked a fight with Zayn Malik on social media after they were both in attendance at the Wilder vs. Fury boxing match, tweeting:

“almost had to clap up zane from 1 direction because he is a little guy and has an attitude and basically told me to f**k off for no reason when I was being nice to him…. zane ik you’re reading this… stop being angry cause u came home alone to ur big ass hotel room hahaha”

At the time the One Direction alum was still very much with baby momma Gigi Hadid, who came to her man’s defense, tweeting in response:

“Lol cause he doesn’t care to hang w you and your embarrassing crew of YouTube groupies ..? Home alone with his best friends like a respectful king cause he has me, sweetie. Unbothered by your irrelevant ugly ass. Go to bed”

Jake actually apologized for the brouhaha after that — well, kind of. He deleted the tweet the next day and instead wrote:

And that was that… or so we thought.

Clearly despite letting go of the tweet, the boxer held on to a grudge for over a year and a half. Because in the midst of the controversy over Zayn being accused of assaulting Yolanda Hadid, Jake chose to reignite the feud by tweeting on Friday:

“Your ‘rEsPeCtFuL KiNg’ punched your mom in the face”

Yowwww… Absolutely savage. Though his brother Logan Paul took the opportunity to blast him again, tweeting:

“yeah but ur still ugly”

For the record, no one is saying Zayn punched Yolanda in the face. Court docs include an accusation that he “shoved her into a dresser causing mental anguish and physical pain.” He also allegedly called the grandmother of his daughter a “f**king Dutch slut.”

The singer is vehemently denying making contact at all, pleading guilty instead to charges of harassment and electing to complete an anger management class and a domestic violence program.

Zayn and Gigi are obviously no longer together…

It’s a messed up situation to be sure, and they definitely don’t need randos who they beefed with one night another life ago throwing shade over it. Even well-thrown shade.