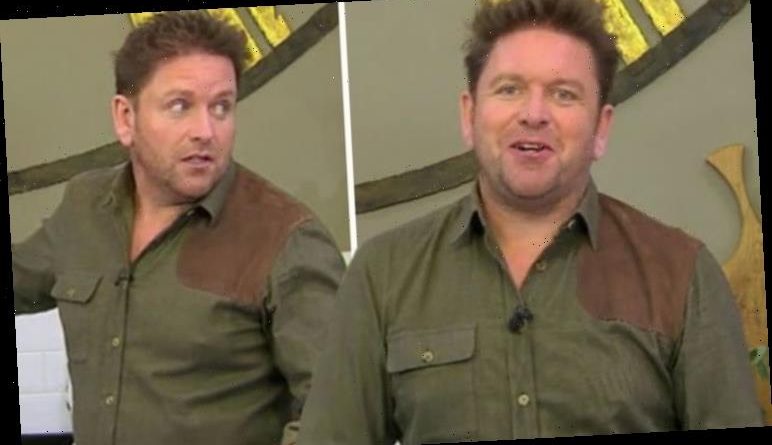 James Martin revealed the question he is most commonly asked during a chat with former The Great British Bake Off host Mel Giedroyc. The TV chef, who fronts self-titled show Saturday Morning on ITV, said viewers always get in touch to ask about the yellow item which can be seen behind him.

The comedian guessed that it was lemon or something that made a honking noise, when she appeared on the cookery show.

James listened to her guesses before revealing the true nature of the object.

The 48-year-old explained that the item, which did indeed look like a lemon, was a soap dispenser by his sink.

He said it was one of two things he is always asked about. 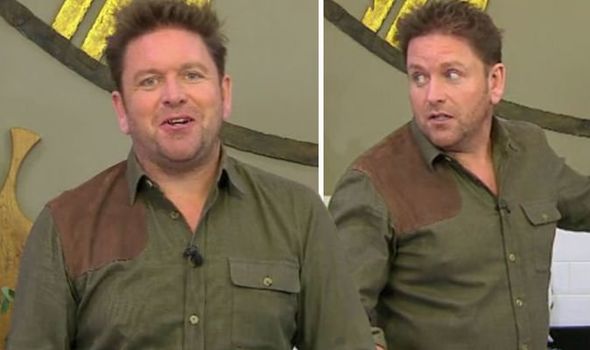 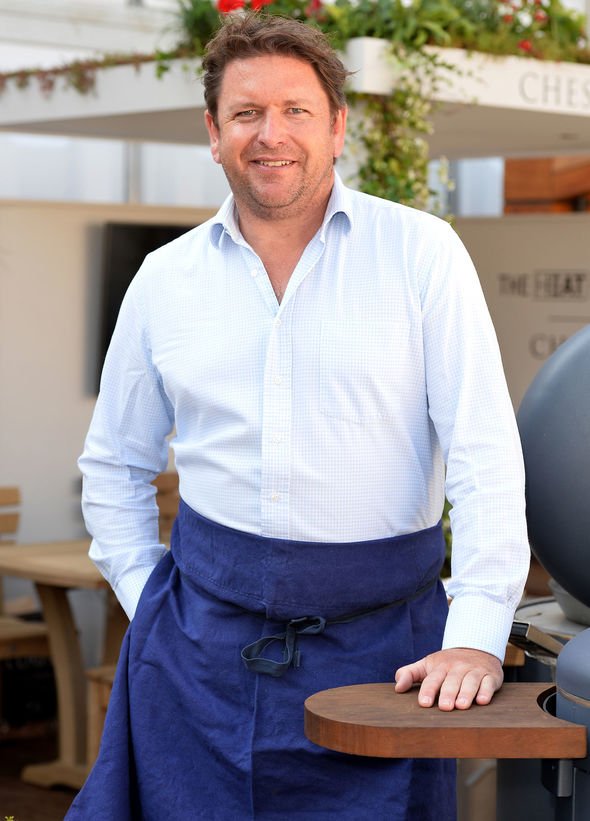 During a cooking demonstration, Mel seemed a little preoccupied with a silver bracelet that James was wearing on his wrist.

“Watch out for your bracelet James,” she said, as he was mixing ingredients in a bowl.

“Is it made of a bike chain, that bracelet?” the 52-year-old then went on to ask.

“Your obsessed with this, aren’t you?” the presenter responded. 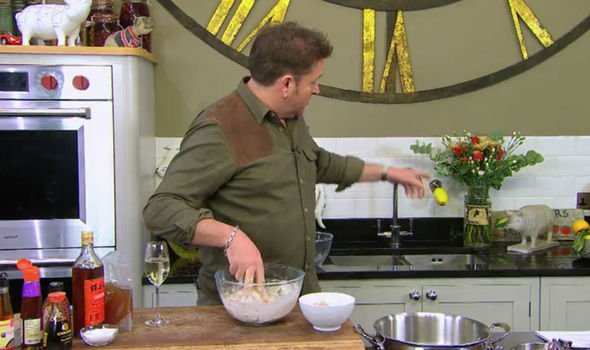 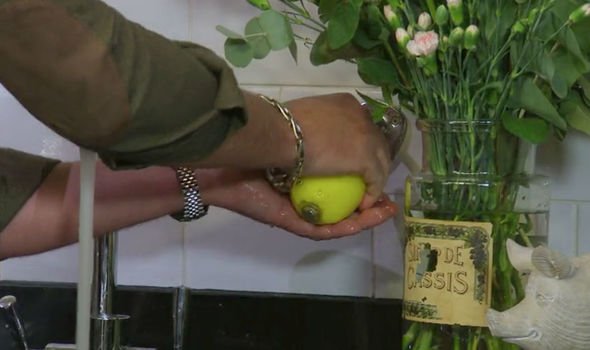 “Do you know what it is? I get asked all the time. Two things. One of which is this,” James continued, referring to his bracelet.

“The other one is, what’s this yellow thing behind my shoulder?” he added pointing to the item in question.

“It’s a lemon,” Mel suggested while taking a peek.

“Hang on a minute, I reckon you press it, it makes a noise and then some lemon comes out of the bottom,” she joked.

“It makes like a hooting noise,” Mel continued, before James put her out of her misery and gave a demonstration.

“What it is, is soap,” the presenter explained.

“It is French soap. You wash your hands. It is soap, that’s what it is.”

During the same episode, the chef made takeaway favourite prawn toast and fried bread, and did something that even he could not believe he was doing on TV.

He added, not a slice, but a “wedge” of butter to the already calorific treat, joking that the admission was likely to cause viewers to send letters into the show.

“This is how you eat [fried bread],” James informed the audience at home, before adding, “Can’t believe I’m doing this on TV.”

“I’m going to get so many letters… of support,” he added as the crew giggled off camera.

Saturday Morning continues today on ITV at 9.30am.