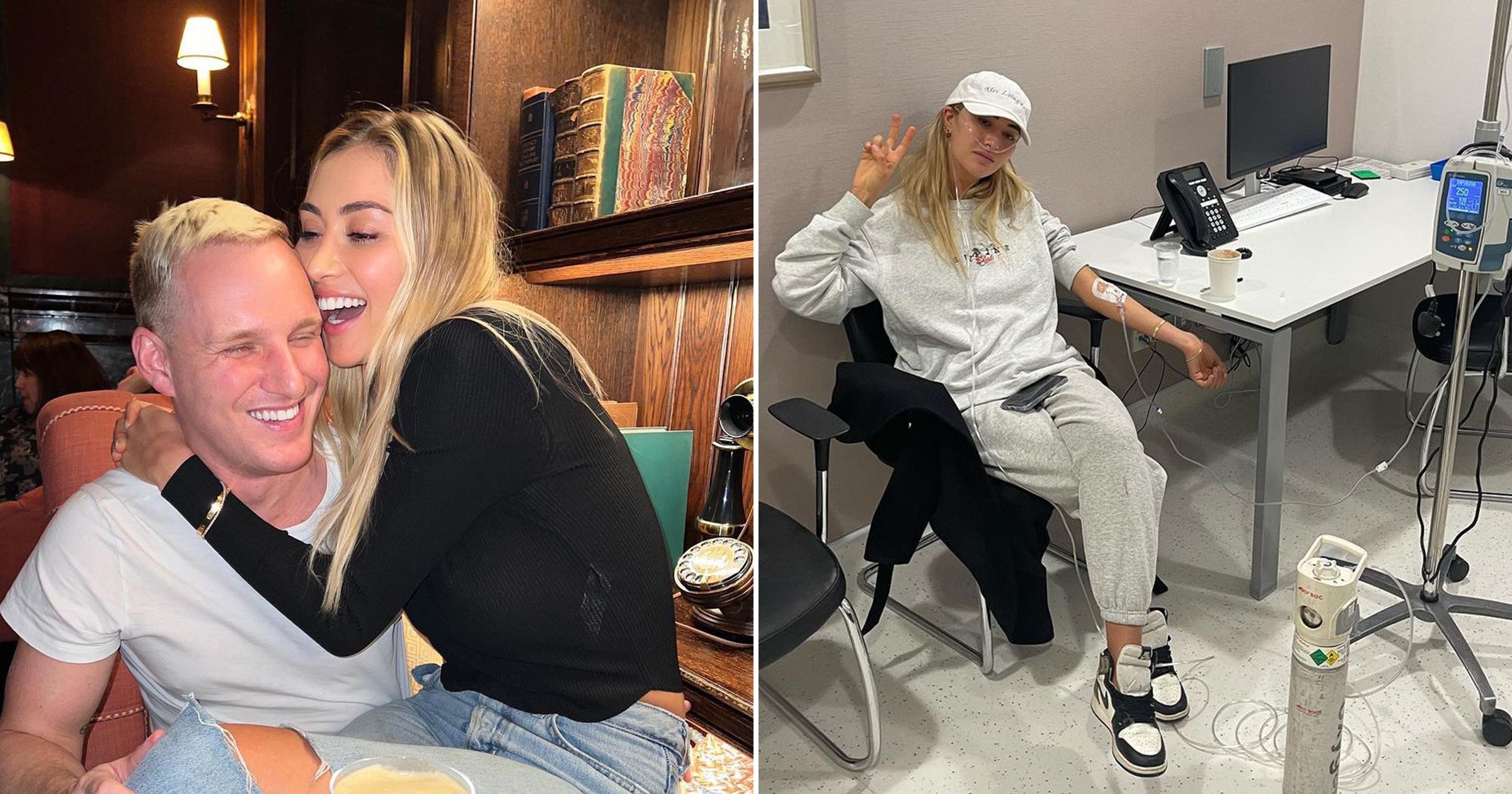 Jamie Laing has revealed the terrifying ordeal he and his fiancée Sophie Habboo endured when they rushed her to hospital, recalling how she ‘nearly died’.

Earlier this week, the Made In Chelsea star shared a couple of photos of his partner in hospital shortly after they had announced their engagement.

Jamie, 32, told his followers that Sophie, 28, was ‘not so well’, going into more detail about what occurred on his podcast, Private Parts, which he co-hosts with Alex Mytton.

The former Strictly Come Dancing star explained that in the early morning, after they had celebrated their engagement the day before, Sophie was sick in the bathroom, leading him to assume that she may have had food poisoning, rather than just being hungover.

However, after she then threw up again in bed, Jamie was midway through recording his podcast with Alex when Sophie screamed for him, with her lips and fingers having both turned blue.

‘I got engaged. My fiancée then nearly died. We went to hospital, and that was the last three days. We were recording a podcast yesterday, and we then had to cut it short, because Sophie came in screaming.’

The reality star said that he took Sophie to hospital which was ‘rammed full of people’, with her lips and fingers ‘going bluer and bluer’.

‘Everyone was like, you’ve got to sit and wait, but she’s turning blue. Sophie was just crying tears into her face mask. I’ve never had fear like that in my life ever,’ he said.

A woman who was next to the couple said that they could use a machine that she had to check oxygen levels, with Jamie discovering that Sophie’s oxygen levels were lower than they should have been.

After calling up a friend who’s a doctor, the couple went to another hospital, where Sophie was put on a drip and her oxygen levels were checked again.

‘Her oxygen levels had been seriously low, like seriously low. To the point where it was in a really dangerous situation. We don’t know what it came from,’ Jamie said.

‘Thanks to these amazing doctors, it was fine, and then we were in the hospital for about seven hours doing all of that. She finally got her oxygen levels back to normal, and she’s totally ok and her haemoglobin thing is back to normal and everything like that,’ he continued.

‘But it was intense and scary and full on and the most intense four days I have ever had in my entire life.’

The couple are still unsure what caused Sophie’s mystery illness, with Jamie saying he was screaming for help when they hurried to the hospital.