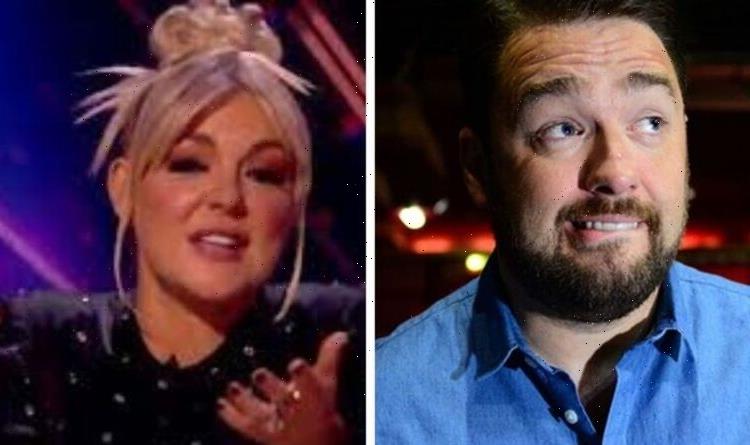 No Return: Sheridan Smith stars in trailer for ITV series

Comedian Jason Manford has enjoyed a warm friendship with Starstruck co-star Sheridan Smith. When he saw comments online condemning her “over-exposure”, he didn’t hesitate to leap to her rescue.

Chill out… she’s excellent & you’re lucky to have her

His comments came after Sheridan was scheduled to appear on several TV dramas simultaneously – including No Return, The Teacher and Four Lives.

In view of his 407,000 followers, he penned: “Seen a few comments about Sheridan being on TV a lot this week.”

“It’s not sommat she’s in charge of, she would’ve filmed those 3 excellent shows last year & some scheduler decided they went on this week.

“So chill out, also she’s excellent & you’re lucky to have her.”

The explosion of shows featuring her in a prominent role demonstrated that 40-year-old Sheridan has come a long way since her early days as Janet Keogh in Two Pints Of Lager And A Packet Of Crisps.

Many viewer comments suggest that, in spite of criticism, she has been largely successful at winning over the hearts of the public.

One fan tweeted: @Sheridansmith1 thought I might have been all Sheridaned out after “Four Lives” and “The teacher” which were both awesome BTW but just finished watching “No Return” what a brilliant actress you are, such heartfelt and emotional scenes, keep up the good work.”(sic)

Meanwhile, another added: “She’s on literally every channel at the moment and I’m here for it @Sheridansmith1.”

Recently the focus has been on Starstruck, the new contest which began last Saturday, seeing guests compete to become stars for one night only in front of the judging team.

As the would-be stars undergo an epic transformation to embody their stage idols for the night, they are judged by a panel including not just Sheridan and Jason, but also Queen frontman Adam Lambert and show-stopper Beverley Knight.

ITV summarises: “Leaving their day jobs behind, members of the public will be transformed into their most beloved music star for one night only.

“But they won’t be on stage alone.

“Instead, they’ll be teaming up as trios who all share the same love of a music icon to give the performance of a lifetime.

“With an expert glam team to oversee their extraordinary transformation, impressive staging and a spectacular sound and light show, our singing stars will be getting the complete ‘superstar experience’.

“Each episode will culminate in an exciting finale which sees the winning trio compete against each other for a place in the grand final and the chance to walk away with that life-changing sum of cash.”

A dramatic first episode saw contestants competing for the £50,000 attempt to become a range of idols including Freddie Mercury, Ariana Grande and Lady Gaga.

The new offering from ITV has been compared to the original 1990s show Stars In Their Eyes.

It is hosted by Olly Murs, who will be the presenter of a talent show for the first time in a decade, since his last efforts in 2012 on the X-Factor and Xtra Factor alongside the late Caroline Flack.

Sheridan has stated of her new role: “Creating Cilla Black for TV, I know first-hand how much goes into becoming an iconic music star, so I can’t wait to see what some of the contestants do with our modern music acts and true icons.”