Home » Celebrities » Jenelle Evans: I Would Already Be Back on MTV … If It Wasn’t For David Eason! 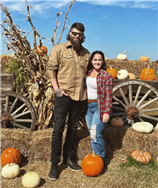 When Jenelle Evans got fired from MTV back in 2019, she vowed that she would never again have anything to do with the network that made her famous.

Two years and a whole lot of financial problems later, however, Ms. Evans is singing a very different tune.

Neither Evans nor her husband, David Eason, has sought employment during that time, and all signs indicate that Jenelle is broke.

So when she found out that MTV was producing a Teen Mom spinoff show featuring cast members from all three series, she was naturally very excited.

Jenelle says producers contacted her about appearing on the show, and she quickly began preparing for her first paying gig in years.

But the deal fell apart and Jenelle was left heartbroken.

And she claims that it was all because she tried to bring David Eason along for the ride.

In a recent interview with UK tabloid The Sun, Jenelle addressed this massive disappointment for the first time.

“I’m glad they made the decision for me because I would have probably been up for it,” she told the outlet.

“I said I want to bring David and he can stay down the street in a hotel. I wanted to have someone there for support if sh-t hit the fan,” she continued.

“They didn’t even tell me yes or no, they just ignored me.”

Jenelle went on to allege that when producers pitched the show to her, the descriptions they gave were very different from those that they offered the other moms.

“We’re just going to let you guys drink and hang out and do water activities, and everyone’s just going to hang out,” Evans recalls the showrunners telling her.

“It’s just for everyone to hang out see a different side of you guys.”

After speaking with other cast members, however, Evans quickly realized she was being misled.

“I feel like they’re more honest with me because they thought I would be up for partying, and really I’m the opposite way and I’m more concerned with like is sh-t going to be started because alcohol is involved?”

Jenelle’s alcoholism is likely one of the reasons that producers decided not to assume the risk of bringing her on board.

But Evans insists that she would have been flown out to California first class had she not attempted to bring David along.

“It would have been bad for my mental health and right now I’m in a good place,” she told The Sun.

“I’m really peaceful in my family, everyone’s getting along, besides my mom but that’s a whole other story,” Jenelle added.

“On my side of the family, everything’s going good and I feel like that would have shook up my world.”

It’s anyone’s guess why Jenelle insisted on bringing David along when she must have known that such a request would threaten her participation in the project.

Also, wouldn’t she have wanted someone to remain at home and look after the three kids whom Jenelle and David still have custody of?

Maybe the real reason producers decided to cut Jenelle loose is that they realized she’s neither a teen … nor much of a mom.