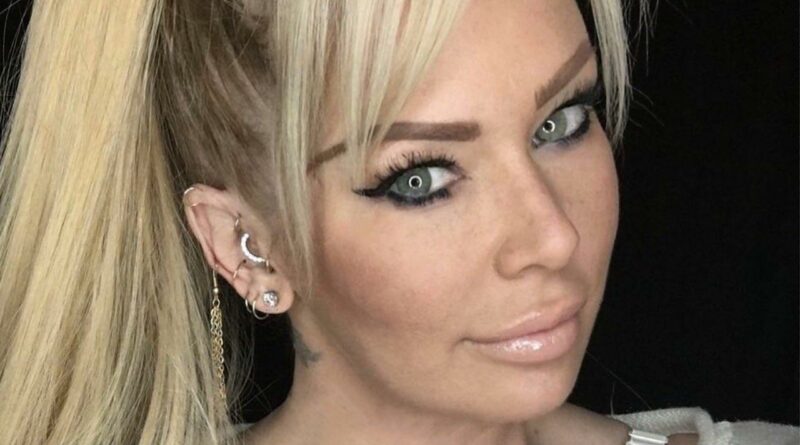 When giving an update on her condition, the former adult film star reveals that the doctors have declared that she suffers from ‘major nerve damage’ that causes the ‘whole walking issues.’

AceShowbiz –Jenna Jameson has given a major update on her medical issue. Making use of her social media platform, the former adult film star revealed that her legs “are starting to come back to life” amid her battle with a mystery illness.

“I know a lot of you have been concerned…and it just warms my heart so much that I’ve built such an amazing family here on Instagram,” the “Zombie Strippers” star said via Instagram Story on Monday, March 21. She continued, “Anyway, I’m feeling better today. Yesterday was a long day because I haven’t been sleeping well because my legs are starting to come back to life, if that makes sense.”

Jenna went on to say that she feels her legs’ nerves “are reconnecting,” before noting that “it’s kind of painful so it’s a bit hard to sleep.” She added, “But I mean, all that aside, the bottom line is I am a warrior. I’ve been through a lot in my life. I guess sometimes I just started to feel like, ‘Isn’t it enough?’ “

“I just wanted to let you guys know that I’m okay. I’m alright,” Jenna stressed. The former Playboy model also told her followers that she’s “doing physical therapy quite a few times a week.” She further noted, “Everything is good. It just takes time to heal.”

In a following Story, Jenna admitted that “none of us seemed to know” what’s going on with her legs. She explained that the doctors initially declared that she had Guillain-Barre syndrome after undergoing an MRI test and a spinal tap, but it turned out that she doesn’t have the syndrome.

Hours earlier, Jenna unveiled that she’s already “walking around” with the help of a walker. “My legs have lost a lot of muscle so I am busy trying to build it back. This has been not only physically taxing but I think, more than that, just really mentally challenging. Very mentally challenging,” she said.

Jenna also clarified that she can move her legs, before demonstrating it by lifting them up while lying in bed. “As you can see, yes, I’m able to move my legs. I’m not paralyzed,” she pointed out, “I am just dealing with extreme muscle weakness. Some issues with my left nerve.”