Home » Celebrities » Jennifer Lopez Is A Grecian Goddess In White Dress As She Heads To Dinner With Kids Max & Emme, 13 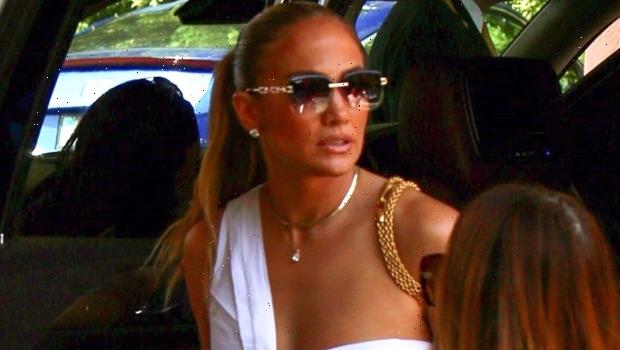 After checking out a nearby Los Angeles private school, J.Lo headed to a family dinner with her twins Max and Emme.

Jennifer Lopez, 51, enjoyed some one-on-one time with her kids, son Max and daughter Emme, 13. The “Get Right” singer was spotted exiting a black SUV with Max at a Beverly Hills restaurant on Saturday, July 10 where they met his twin sister inside. Jennifer looked fresh off the runway in a breezy white jumpsuit with a one strap, asymmetrical top — perfect for the California heat wave!

She added a pair of open-toe wedge shoes to the summer-ready ensemble, finishing the look with some wire sunglasses reminiscent of her “Love Don’t Cost A Thing” music video. Jen finished her outfit with a gold chain bag and jewelry, including a sparkly diamond pendent necklace and ’80s inspired gold snake chain. Earlier in the day, she was spotted touring a west side area private school with Max, and was seemingly sporting the same slicked back ponytail for dinner. 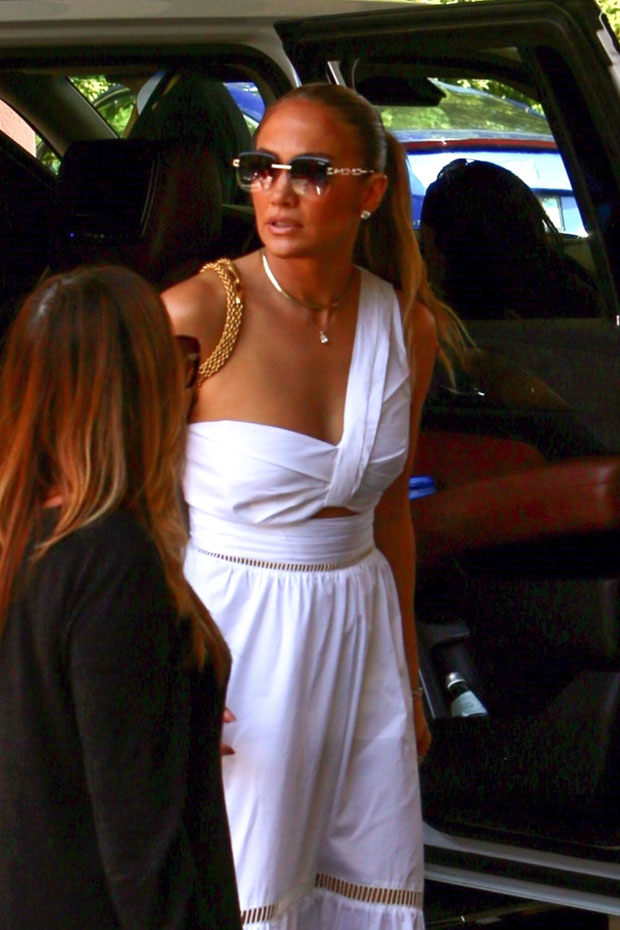 The twins split their time in Miami and Los Angeles, where their mom owns homes in the Star Island and Bel-Air neighborhoods respectively, but it appears the Maid In Manhattan actress plans to move to L.A. full-time. Boston native Ben Affleck, 48, retains his primary residence in the Brentwood area, sharing co-parenting duties of kids Violet, 15, Seraphina, 12, and Samuel, 9, with ex-wife Jennifer Garner, 49. 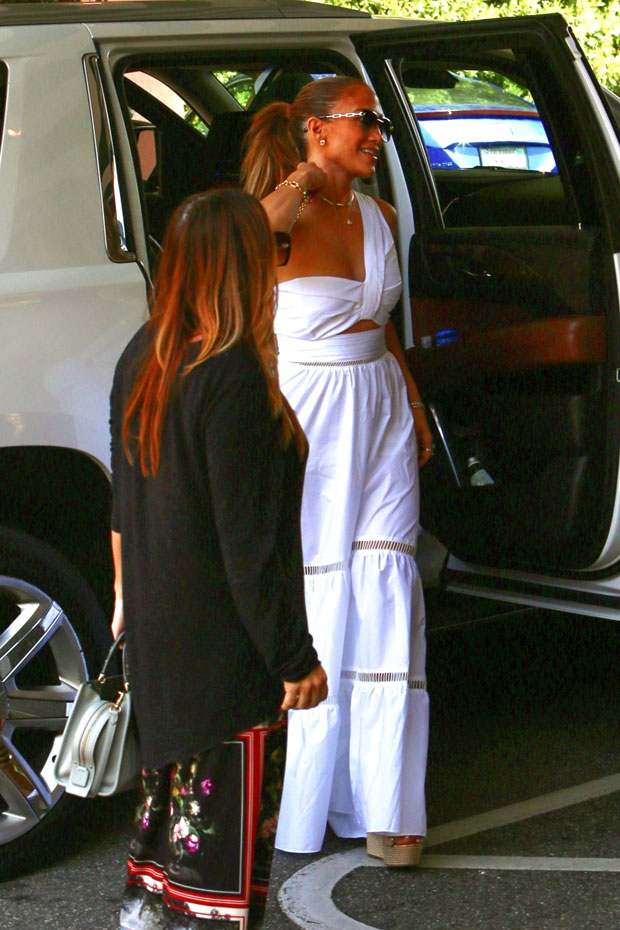 Ben has been spending time with Jen’s twins in the last month, starting with a birthday dinner for her sister Lynda Lopez at Nobu Malibu. Since, he’s been spotted with them at Universal Studios and the Brentwood Country Mart (also with Samuel) as well as in the Hamptons.

Although Jennifer still seems to be between homes — including her east coast estate — the rekindled couple are committed to making their “bi-coastal” romance work. “Jen loves vacationing at her home in the Hamptons during the summer, but since Ben lives in LA where his kids are, she’ll be splitting her time between the two coasts so they can spend as much time together as possible,” sources told HollywoodLife EXCLUSIVELY.  “Jen was really looking forward to introducing Max and Emme to Ben and his kids, and it’s been a very natural transition for their families,” the source also spilled.