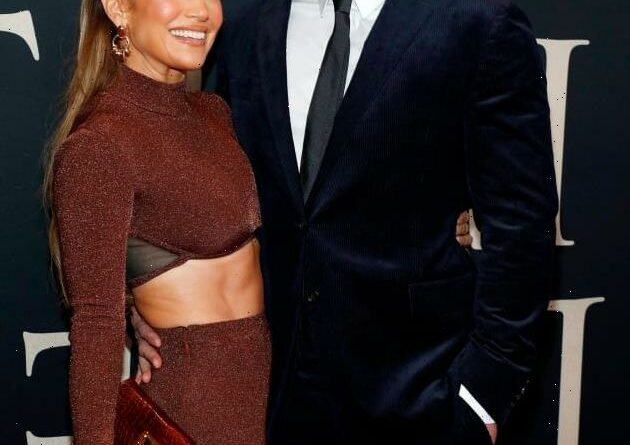 Jennifer Garner probably thought that her days of seeing her own name in the tabloids had come to an end.

Sure, she’s still a public figure, but her life is much more drama-free now that Ben Affleck is no longer a daily part of it.

But Ben has a way of being just a smidge too candid when talking about the mother of his children, and some comments he made to Howard Stern last week are still being dissected by the media today.

As you may already know, Affleck has struggled with alcoholism throughout his life, and while discussing the illness, he mentioned Jen in what some believed to be an unflattering fashion.

“Part of why I started drinking was because I was trapped,” Affleck said on Stern’s Sirius radio show.

“I was like, ‘I can’t leave because of my kids, but I’m not happy, what do I do?’ And what I did was drank a bottle of Scotch and fell asleep on the couch, which turned out not to be the solution.”

In countless tweets and headlines that followed, Affleck was accused of blaming Garner for his drinking.

Now, it’s easy to see how that remark could be interpreted as a shot at Jen, but in the context of the full conversation, it’s clear that Ben is saying he felt trapped in an unhappy situation that was no one’s fault.

While he admits that he handled the situation poorly — by getting drunk on a regular basis — at no point does he say that Jen turned him into an alcoholic.

In fact, Ben’s first stint in rehab took place years before he even met Garner.

These days, of course, Affleck is dating Jennifer Lopez again, and all signs indicate that the relationship is quite serious.

But according to a new report from Page Six, there’s trouble in Bennifer Land, as Lopez is reportedly “pissed” at Affleck for disparaging his ex in public.

“She is getting pulled into this because she is dating him. She doesn’t want to be dragged into this,” the insider continued.

“She has met Jennifer Garner. She is trying to get to know her and Ben’s kids.”

The insider added that Lopez feels as though Affleck undid much of the progress she’s made with his comments.

“It’s reckless and cavalier of him,” the insider added.

Yes, it’s more high drama in the ever-tumultuous life of Ben Affleck … or is it?

Later in the same piece, a different source is quoted as saying the notion that Lopez is angry at Affleck is complete BS.

“This is simply not true and the focus is on the children,” the second insider said.

And now, Lopez herself has spoken out on the matter, confirming to People magazine that she has no beef with Ben.

“This story is simply not true. It is not how I feel,” Jen told the mag.

“I couldn’t have more respect for Ben as a father, a co-parent, and a person.”

Yes, J-Lo probably did what most folks who are commenting on this situation didn’t do — namely, listen to the whole interview, throughout most of which, Ben is quite respectful while speaking about his ex.

“We had a marriage that didn’t work, this happens, with somebody that I love and respect, but to whom I shouldn’t be married any longer,” Affleck said at one point, adding:

But the damage has been done, and the Twitter mob is still railing against Ben.

“When you can’t accept that your drinking problem is because of you, you still have a drinking problem. Jennifer Garner didn’t drive Ben Affleck to drink, she did however drive him to rehab probably saving his life,” one person tweeted.

“Free PR lesson for Ben Affleck: I drank because I was unhappy. End the sentence RIGHT THERE,” a second added.

“Ben Affleck blaming his wife (Jennifer Garner) for his drinking problem tells me everything I need to know about him. JLo, you’ve got yourself a real catch there,” a third chimed in.

Fortunately, insiders say Affleck and Lopez are unconcerned about the drama, and they’re looking forward to spending the holidays together.

“For the holidays, they look forward to spending time with their children,” one insider tells People.

As for Garner, we’re sure she’s taking the situation in stride.

After all, she’s been down this road with Ben many, many times before.