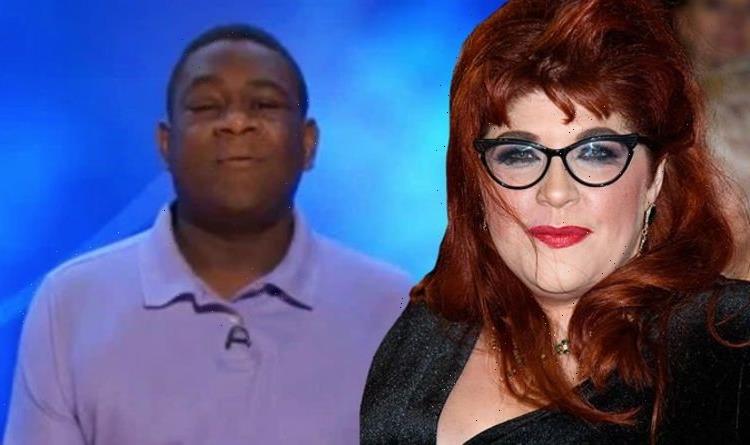 Jenny Ryan, 39, has posted a touching tribute to the late David Rainford, as she encouraged fans to donate money to a JustGiving page which is aiming to raise money to honour him with a permanent memorial. Organisers are hoping to raise £5,000 to help celebrate the star in the central Parish of Withington.

Jenny re-shared a link to the fundraiser with her 95,700 followers, and typed: “We are fundraising for a memorial for the late, great David Rainford.

“You’d know him as ‘Tremendous Knowledge’ Dave out of @eggheadsTV; I know him as a terrific quizzer, top-notch drinking buddy and, most importantly, a wonderful, warm, generous friend.”

In response, fans praised Jenny for raising awareness for a “great cause”.

One said: “Just donated what I could and such for a great cause too.”

A second replied: “The best nickname in quizzing history.”

So far the page has raised £4,000 for David’s memorial, following his death in March last year.

The brainbox earned legions of fans on the quiz Eggheads, which earned him the nickname “Tremendous Knowledge Dave”.

His tragic death was confirmed at the time by the BBC show’s host Jeremy Vine.

He tweeted: “I’m very sad to hear that one of the Eggheads has died. Dave ‘Tremendous Knowledge’ Rainford, famous for being banned from pub quiz machines in Manchester, was the best company after a recording: always fun and sociable.

“I never saw him angry or ungenerous, not once.”

Dave had been a regular on Eggheads since 2012 after taking over from CJ de Mooi.

But he revealed he was battling an undisclosed illness in 2019, after fans grew concerned over his absence.

“I was still recuperating when these programmes were recorded, but I can promise you that there are some great shows coming up with excellent challengers that will keep you on the edge of your seats. Keep watching.”

He was famously once banned from entering pub quizzes in Manchester.

His former fellow quizzer Paul Sinha tweeted at the time: “Devastated at the loss of my friend David Rainford.

“We had blindingly good nights out mate X.”