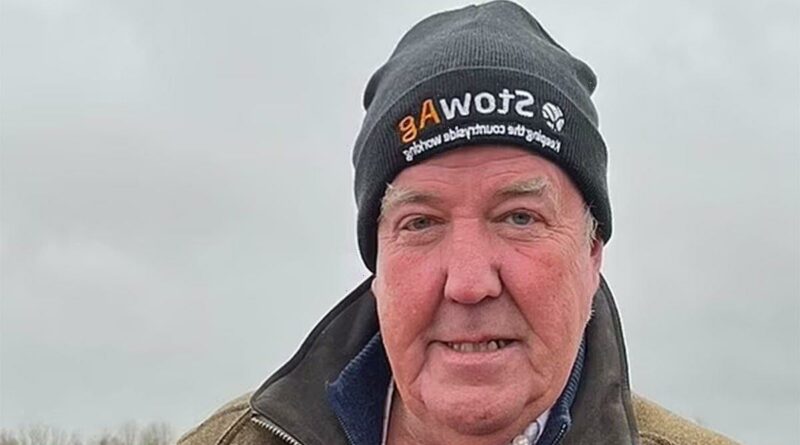 Jeremy Clarkson, 62, is fearful he could be at risk of developing Type 2 diabetes, with the Clarkson’s Farm star injecting a Danish drug to prevent it. However, the former Top Gear presenter has said there has been side effects, leading him to understand Kate Moss when she said “nothing tastes as good as skinny feels”.

The Grand Tour star, who was recently blasted by Prince Harry for his “cruel” column about Meghan Markle, has revealed he is now taking a Danish drug called Ozempic.

Ozempic is an antidiabetic medication used for the treatment of diabetes and as an anti-obesity medication for long-term weight management.

Jeremy shared he was introduced to the medicine after learning his friends were taking it to ward off the common condition, which causes the level of glucose in the blood to become too high.

He said: “It turned out they’d all started taking a new Danish drug called Ozempic, and when questioned they all raved about it.

“It was developed to help people with diabetes, but it can also be prescribed as a preventive measure.”

Jeremy then went into details about the application process, with him not feeling the effects until “supper time”.

He wrote in his Sunday Times column: “I took some lamb chops out of the fridge, popped them in the Aga and then, 20 minutes later, put them in the dogs dinner.”

Jeremy then called the drug “incredible” as it helps aid his weight loss journey, due to his loss of appetite.

He concluded with a quip: “I never used to know what Kate Moss was talking about when she said that nothing tastes as good as skinny feels, but I think, on my new wonder drug, I soon will.”

After doctors gave him the all-clear to take it himself, Jeremy paid an eye-watering £140 for his first monthly prescription, which he will now be on for the next two years.

Last May, Clarkson opened up about his weight loss efforts after realising none of his shirts “fit any longer”.

Speaking in his column, he wrote: “I can barely do up my shoelaces and the only reason I don’t drink more is that I become breathless and sweaty every time I operate a corkscrew.

“Plus, to get out of the bath I have to roll over onto my front and be driven by a risk of drowning onto my hands and knees. This is the only starting point from which I can successfully stand up.

“After three minutes on the bicycle, my thighs hurt and my heart was like that baby alien in John Hurt’s chest.

“There was a very real sense that it might actually burst out of my ribcage at any moment. Small wonder the cyclists you see on the road are always in such a bad temper. The poor souls are in agony. I know I was.”

This comes as Jeremy took to Instagram this week to announce the death of his first piglet, just two days after its birth.

He shared a sweet photograph rugged up in gloves and a beanie clutching the newborn on his property.

It comes following the drama surrounding his farming book, which council officials banned him from selling at Diddly Squat Farm amid concerns it wasn’t produced locally enough.

The former Top Gear host said: “I cannot understand why (the council) doesn’t want me to sell my farming books in the shop.

“They claim they weren’t made locally but I wrote them at my kitchen table, and you literally can’t get more local than that. It would be helpful if we could sell a few tee shirts too.”