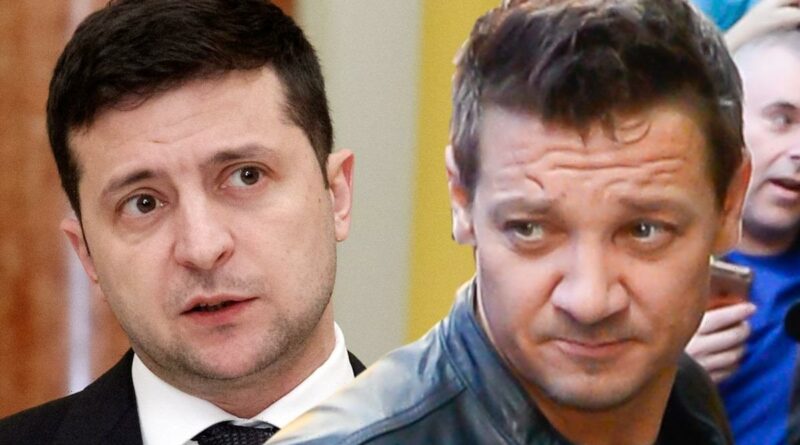 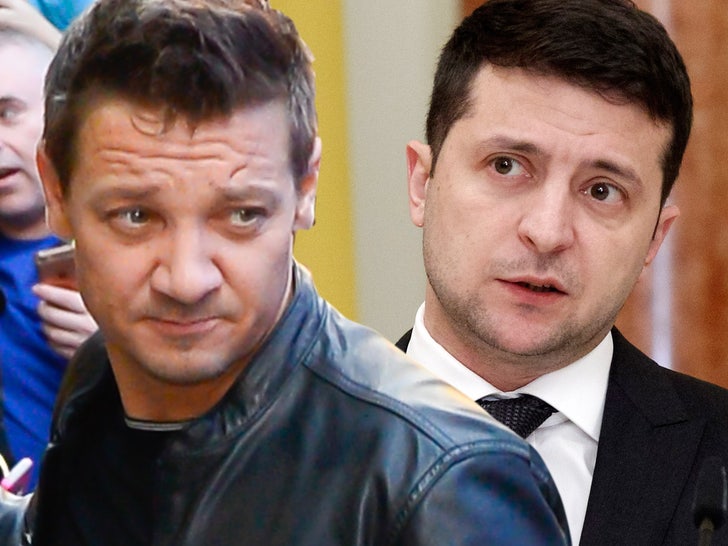 The Ukraine crisis is still very much underway, and yet … some are already opining about who could play Volodymyr Zelenskyy in a movie — and Jeremy Renner seems to be it.

Twitter users are up in arms again over this one … perhaps for good reason. Essentially, this is a debate about whether talking about a would-be biopic is appropriate when the situation is unfolding live — let alone musing about which actor could star as Ukraine’s president.

Of course, some Tweeters couldn’t help themselves … firing off takes about how Hollywood is already cooking up a flick behind the scenes, and how Renner may well be the top choice to portray VZ.

The reason … well, they look high-key alike — almost dead ringers, if we’re being honest. Same type of facial structure and everything … and they’re especially similar in appearance when wearing fatigues and whatnot.

But even if they are doppelgangers of one another, the other question is … what difference does it make??? A good majority of folks online argue — *now* is NOT the time to be discussing a possible film about Zelenskyy or Ukraine, because it’s a serious situation.

Indeed, people are dying and/or fleeing for their lives … so it does seem like a bad time to be making light of things — and publicly spit-balling about a possible biopic down the road certainly feels like that … namely, it’s too freakin’ soon to even bring up as a topic.

Interestingly, those who are batting this type of thinking down are attributing it to a uniquely American mindset — suggesting that U.S. citizens often seem to be more interested in entertainment than real-life lives that are actually at risk.

We’ll leave that philosophical ball for the Twittersphere to kick around — but here’s one thing that can’t be denied … Renner and Zelenskyy do bear a striking resemblance, and yes … Renner is a fantastic actor, proven time and again in his pre-Marvel days.

And yes … there may even be a studio out there that has a script in mind — that’s certainly not outside the realm of possibility, as Tinseltown never sleeps on the next big thing, and Zelenskyy’s life story alone is totally worthy of the movie treatment (objectively).

Still, it sounds like what’s got people pissed off is, obviously, the timing of such discussions — but also, the callousness and lack of thoughtfulness in cavalier posts like these.

Renner, meanwhile, is minding his own business out in the woods of Lake Tahoe … so ya gotta figure he might be upset to hear how he’s getting roped into this nonsense.