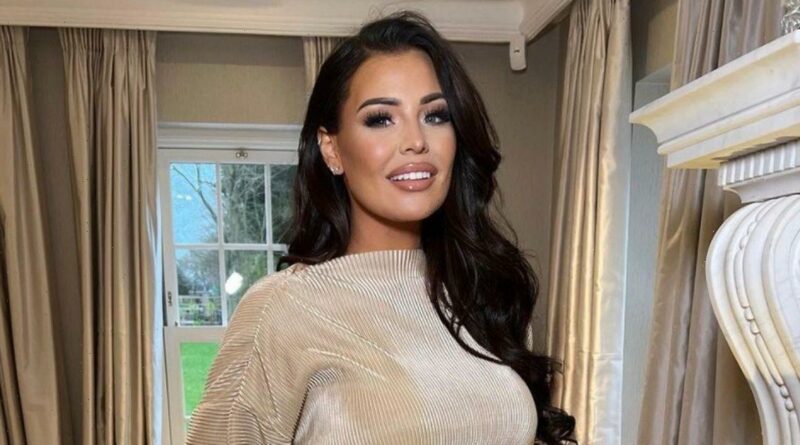 Jess Wright has revealed that she found out she and her new husband William Lee-Kemp were expecting their first child together just eight days after saying their ‘I dos’.

Jess, 36,documented her luxurious nuptials on ITVbe TV special, Jess Wright: The Wedding, which showed the TOWIE star and William get married in Majorca.

During the programme, Jess’ younger brother, Josh, 31, shared the exciting news thathe and his wife Hollie were expecting a baby. Little did Jess know, she’d soon be finding out the same news herself.

Taking to Instagram to answer a Q&A on Thursday 27 January, Jess was asked if she knew she was pregnant at the time she got married.

Another person then asked what the 36 year old’s favourite thing about being pregnant is.

“The excuse to eat biscuits & drink tea whenever I want and blame my sugar cravings on it,” Jess joked.

She went on to add that “[being pregnant] is just the most amazing feeling”, and that “everyone is so kind to you”.

Before falling pregnant, Jess made the decision to freeze her eggs after her mum, Carol, went through the menopause at a young age. Her later grandma Pat had a similar experience.

Jess was concerned she too was showing signs of early menopause, so took the plunge to freeze her eggs.

She revealed to Grazia last year: “There are so many girls out there in my position. But it was only when I saw that article that I became aware if your mum goes through early menopause, you might go through it five years earlier than your mum and grandmother.”

“I haven't gone into menopause now, but I was getting sweats in the night so bad,” Jess continued.

“I knew that it was a symptom so I was really, really panicking myself and spiralling into this ditch of I'm going through menopause, or I'm going to start, and then I was worrying if we're going to have to be able to have children.”

In the wake of Jess and Will’s exciting news, Carol has admitted that she hopes ittakes pressure off her son Mark, 35, and his wife Michelle Keegan, 34, to have kids.

The pair have been married for almost seven years.

For updates on all your favourite celebs, sign up to our daily newsletter here .