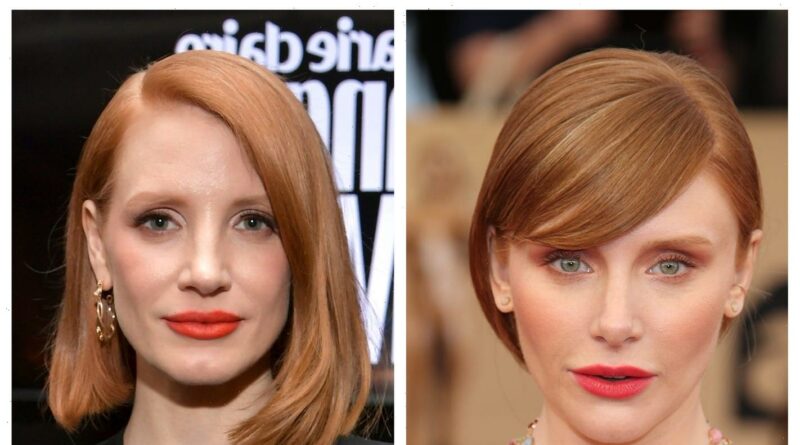 You’re not the only one seeing double, but Jessica Chastain is making it clear that she and fellow red-headed actress, Bryce Dallas Howard, are not the same person.

In a lighthearted TikTok video posted Wednesday, the “Zero Dark Thirty” star reminded fans that she and Howard are two different people while mouthing the words to the “Sick of It” audio created by @KingDiaaa2.

“When you spend 20 years building a career and they still think you work at Jurassic Park,” she wrote alongside the video, referencing Howard’s role in the “Jurassic World” spinoffs.

In the caption, Chastain added that “this isn’t the parent trap y’all.” You can watch the full video here.

Celebrity doppelgangers: Katy Perry reveals she pretended to be Zooey Deschanel to get into clubs before she was famous

The actresses, who starred together in 2011’s “The Help,” have long endured about being confused for each other, with even Howard’s father mixing up the two. In a 2019 interview with the Associated Press, Chastain said filmmaker Ron Howard briefly mistook her for his daughter at an Apple store.

“I was, like, walking by, I was like, ‘Oh, that’s Ron Howard,’ ” Chastain recalled. “And then my friend was with me (and) said he turned to someone, he goes, ‘I think I just saw Bryce.’ We look so much alike.”

Still, Chastain reiterated that the encounter was “brief.”

Months later, Bryce told ET that her father really sees a resemblance between them.

“At first he was like, ‘You really look so much alike,’ ” she said in November 2019. “And I mean, obviously, I’m incredibly flattered, so it’s great. Although something is wrong when people stop mistaking me for her. I’ll be like, ‘Gotta get it together.’ “