Not twins! Jessica Chastain is here to remind fans that she’s not actress Bryce Dallas Howard, despite people often mixing them up.

The It Chapter Two actress, 44, lip-synched to the recent “Sick of It” TikTok sound that was first posted by user KingDiaaa2. In addition to mouthing the words, “I’m sick of it. I’m f–ing sick of it, ugh,” Chastain wrote, “When you spend 20yrs building a career and they still think you work at Jurassic Park” on the screen.

Her comment in the viral TikTok video referenced Howard’s role in the popular dinosaur franchise.

This isn’t the parent trap y’all

♬ Sick Of It – KingDiaaa2

The X-Men: Dark Phoenix star captioned the clip, “This isn’t the parent trap y’all,” and it has already been viewed more than two million times.

In 2019, Chastain talked about her famous doppelgänger, 40, during an interview with the Associated Press and getting confused about who was who, herself.

“Before my career took off, I remember one time being on the subway and I was looking at a magazine and there was a picture of her, like a small picture, and I was like, ‘What am I doing in this magazine,’” she said at the time. “I actually had that thought.”

Surprise! Jessica Chastain And Other Celebrities Who Secretly Welcomed Children

She even fooled the Black Mirror alum’s dad (director Ron Howard) when she ran into him at the Apple store.

“I was walking by and I was like, ‘That’s Ron Howard,’” she continued to AP. “My friend was with me [and] he said [Ron] turned to someone and said, ‘I think I just saw Bryce,’” she said. “We look so much alike.” 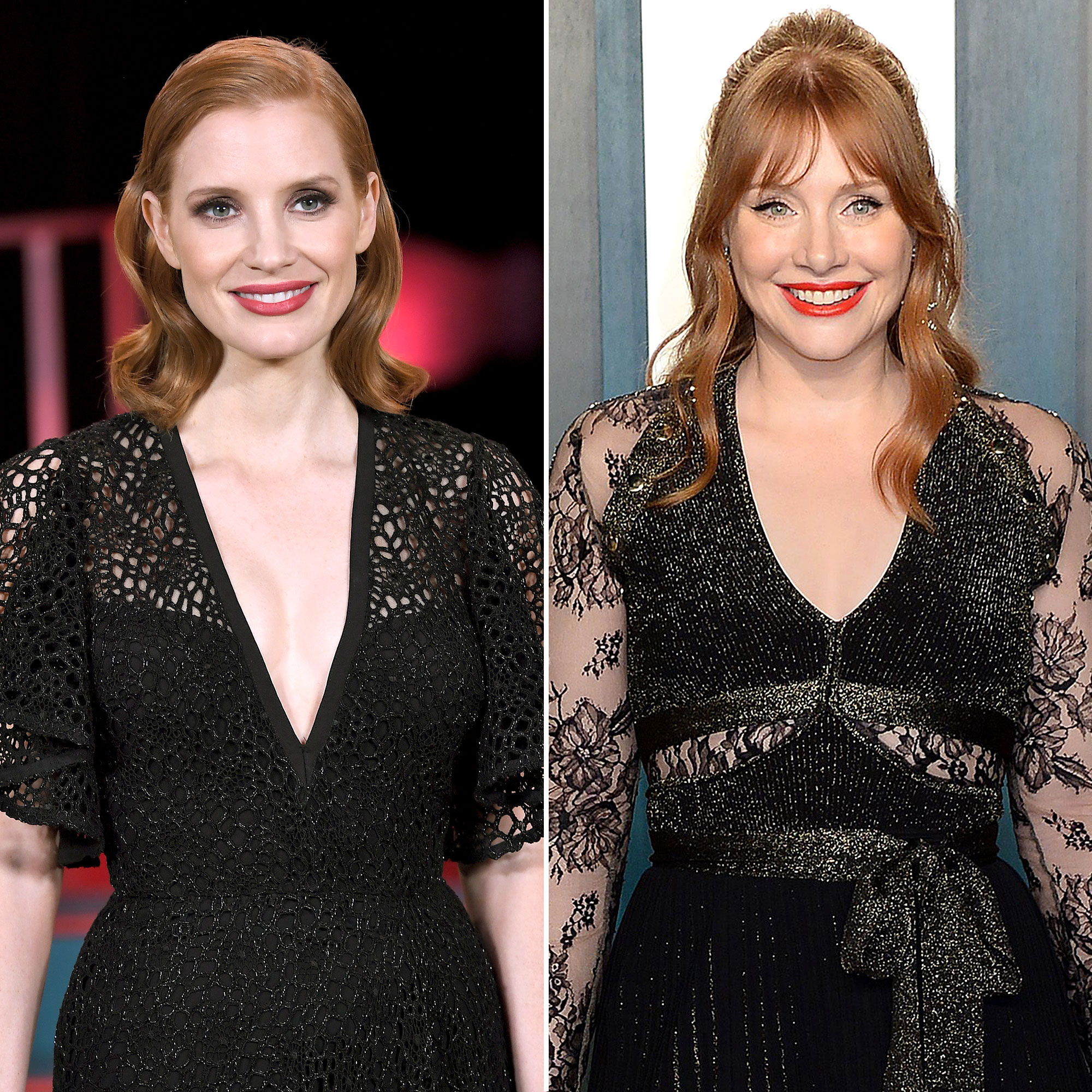 After detailing those incidences of mistaken identity, she revealed what it was like when they first met on the set of The Help in 2011.

Jessica Chastain And More Celebrities With Their Sweet Grandmothers: Pics

The Molly’s Game star did point out a few subtle differences between the two of them: “Listen, she’s like tall and her nose is more defined. There are little things about us that are different, but we definitely look like kin. I see it as a compliment. I think she’s fabulous.”

The Mandalorian director told Us Weekly in June 2015 that she was flattered by the comparison to Chastain.

“It’s such a compliment, you know,” Howard said. “It’s funny: when I don’t wear makeup, nobody ever mistakes me for Jess, but whenever I put makeup on and look half-presentable, it’s, ‘Ah! Jessica Chastain.’ I’m like, ‘Thank you, I must look hygienic today.’”