Home » Celebrities » Jessica Powell: Who is the trainer on My Big Fat Fabulous Life? 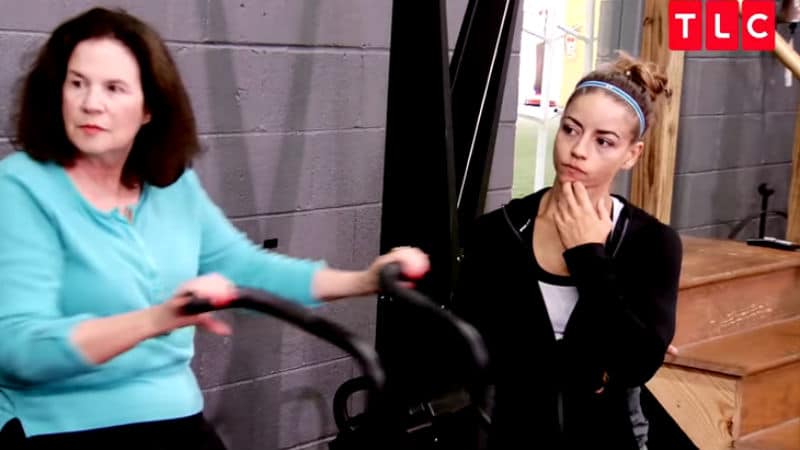 Jessica Powell was introduced to viewers of My Big Fat Fabulous Life as Whitney Thore’s trainer.

She has been working out at a gym in order to prepare for a trip to Alaska. It is to redeem herself after the fiasco she experienced in Hawaii last time she was there.

Aside
from Whitney Thore, Babs Thore is also working out alongside her
daughter with the help of Jessica Powell. She suffered from a stroke
and while her recovery is going well, adding in exercise has been
helpful.

Who
is Jessica Powell?

When viewers first met Jessica Powell, Whitney was at the gym. The two were talking about their personal struggles and Powell revealed that she was a big girl at one point.

Her compassion for how Whitney Thore was feeling was something different, and that is when she began appearing more on My Big Fat Fabulous Life.

Working as a personal trainer has helped Jessica Powell meet all different kinds of people. Her father, Will Powell also works at Fitness Zone in Greensboro, North Carolina. The two of them work at the facility together, teaching classes and serving as personal trainers.

What
is Jessica Powell up to?

Currently, Jessica Powell is into bodybuilding. She is following in the steps of her father, something that she documented on her Instagram. Much of her life revolves around fitness, which has given her a platform to help other people.

She may still be appearing on My Big Fat Fabulous Life as the show was taped last summer. It is unclear at this time whether or not she still has a working relationship with Whitney Thore, continuing to help train her and her mom.