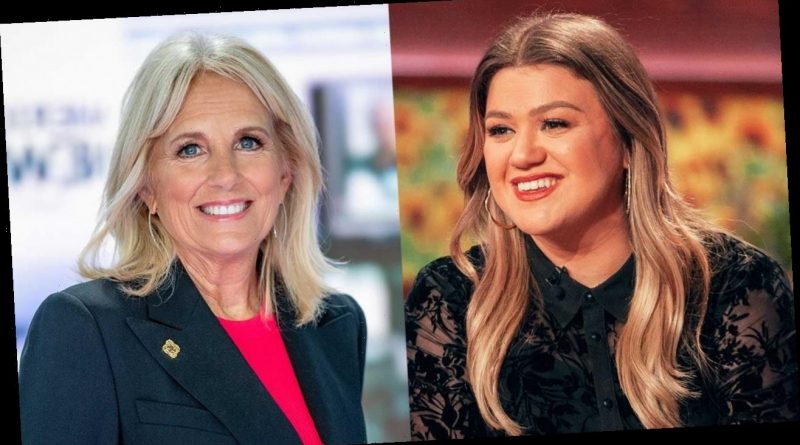 Kelly Clarkson is getting some words of wisdom from first lady Dr. Jill Biden. On Thursday’s special-edition episode of The Kelly Clarkson Show, the host sits down with Biden at the White House, and the first lady shares tips on finding love after divorce.

Clarkson filed for divorce from Brandon Blackstock in June, after nearly seven years of marriage. They share two kids, River, 6, and Remington, 4, while Brandon is also dad to two children from a previous relationship.

Before marrying President Joe Biden in 1977, the first lady was married to Bill Stevenson for five years. The Bidens share a daughter, 39-year-old Ashley, while the president is also dad to Hunter, 51, and the late Beau and Naomi, who died in 2015 and 1972, respectively.

“I want to tell you, Kelly — this is what I would say to you if I were your mother — my mother always said to me, ‘Things are going to look better tomorrow. If you can take it one day at a time, things will get better,'” Biden says. “I look back on it now and I think, ‘If I hadn’t gotten divorced, I never would’ve met Joe. I wouldn’t have had the beautiful family I have now.'”

“I really think things happen for the best. I think, Kelly, over time… you heal. You’re going to be surprised. I can’t wait until that day comes for you,” she continues. “You’re going to call me up and you’re going to say, ‘Hey, Jill! You were right!'”

When ET spoke to Clarkson in October, the singer called the divorce process “sh**ty,” and opened up about its impact on her kids.

“There’s a lot of hearts involved here… The thing that’s been kind of hard to navigate is I am an open book, but at some point, I’m a mama bear more than I am a person in the public eye,” Clarkson told ET. “So, I care 100 percent more about my children than I do anything else on this planet.”

“So, that’s been the hard thing of, like, yes, I’m willing to share my experience and yes, it is the worst,” she continued. “I mean, the past few months have been horribly sad. But at the same time, I have to think, ‘Hmmm, what I say has a domino effect in other people’s lives.'”