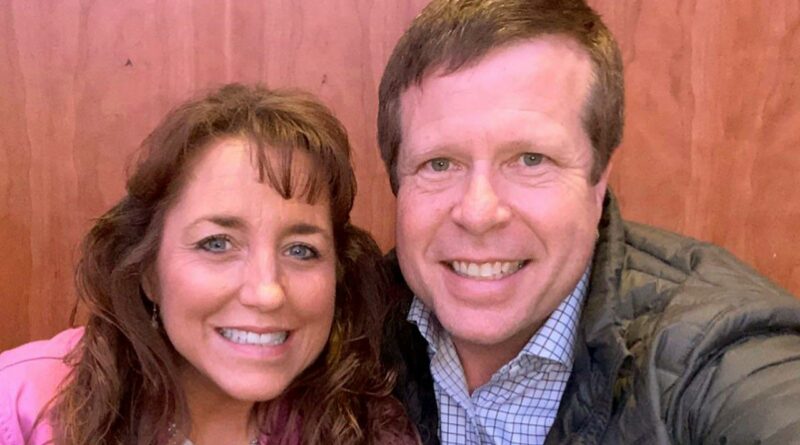 The former ‘Counting On’ stars sell five acres of their 97 acres of Arkansas property after seemingly losing a huge amount of money following their hit family show’s cancellation.

AceShowbiz –Jim Bob Duggar and Michelle Duggar have seemingly lost a huge amount of money after their family show “Counting On” was canceled following Josh Duggar‘s arrest last year. It’s now reported that the couple has sold a piece of their Arkansas property.

According to property records obtained by The Sun on Thursday, February 3, Jim and Michelle sold their 5.8 acres of the sprawling ninety-seven-acre compound in Tontitown, Arkansas for $46,400. The records noted that they officially said goodbye for good to the small portion of their compound on January 28.

The Duggar family home consists of several twenty-acre plots of land. Other than the Duggar parents’ private household, the massive farmland is also home to their daughter Jana Duggar‘s greenhouse, a log cabin where their son Joseph and his wife’s three children live, as well as a warehouse where daughter-in-law Anna Duggar and her seven children currently reside.

The sale came less than a year after the popular family show was canceled when Josh was taken into police custody on charges of possessing and receiving child pornography. “TLC feels it is important to give the Duggar family the opportunity to address their situation privately,” the network said in a statement at the time.

It has since been estimated that the Duggars may lose up to $850,000 per year without their steady income from the reality show. “The family was roughly paid $80k for each chunk of filming,” a source spilled last July.

“And some seasons were longer than others, but they were picking up on average $850k a season,” the so-called inside source further explained. “I think a lot of people will be shocked to learn they were earning that much, and it all went to Jim Bob who invested some of it for the family, and handed the rest out.”

The insider noted, “But there were often arguments about payments, who deserved what and whether people were being paid correctly for their time on-air, that was a major issue over the years.” The source also said, “Some family members are glad TLC pulled the plug so they can go off on their own and manage their own money, but Jim Bob is undoubtedly pissed because it was a huge income.”