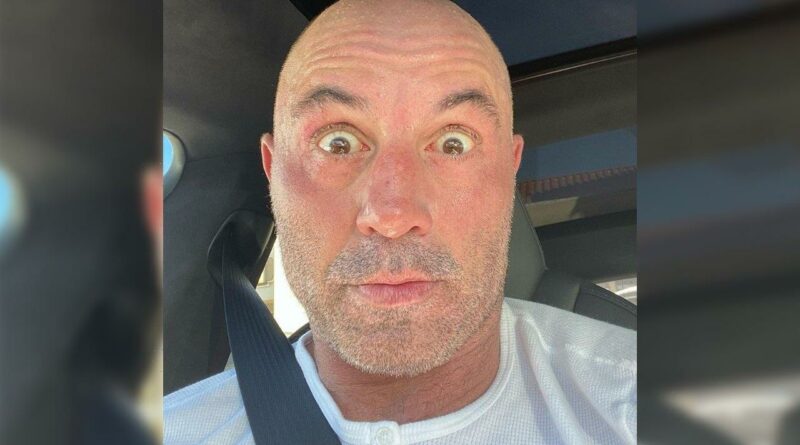 When issuing his apology, the comedian claims the videos shared by India.Arie are made up of ‘out of context’ moments from ’12 years of conversations’ on his ‘The Joe Rogan Experience’ podcast.

AceShowbiz –Joe Rogan has regretted his “regretful and shameful” actions. After India.Arie shared some videos of him using the N-word and calling black people “apes,” the podcaster issued his apology on social media.

The UFC color commentator expressed his remorse through an Instagram video. At first, he noted that the clips that Arie posted were made up of “out of context” moments from “12 years of conversations” on his “The Joe Rogan Experience” podcast.

“It looks f**king horrible. Even to me,” he acknowledged. “I know that to most people, there is no context where a white person is ever allowed to say that word, never mind publicly on a podcast. And I agree with that now, I haven’t said it in years.”

“It’s not my word to use. I am well aware of that now, but for years I used it in that manner,” the 54-year-old continued. “I never used it to be racist because I’m not racist.”

Although he realized that there’s nothing he can do “to take that back,” Rogan said that he wished he could. He hopes that his mistakes can be a “teachable moment” for others because he “never thought it would ever be taken out of context and put in a video like that.”

Rogan’s clarification came after Arie called him out on Instagram by bringing up the old clips of his podcast. Arie herself followed Neil Young‘s footsteps in removing their music from Spotify. While Arie pulled her catalog due to his “problematic” comments about race, Young, Joni Mitchell, Nils Lofgren and Graham Nash left the company because of Rogan’s misinformation about COVID-19 and vaccines.

The boycott led Spotify to delete more than 100 episodes of “The Joe Rogan Experience” podcast. Among them were episodes that featured Proud Boys founder Gavin McInnes, Michael Malice, Alex Jones and Milo Yiannopoulos.