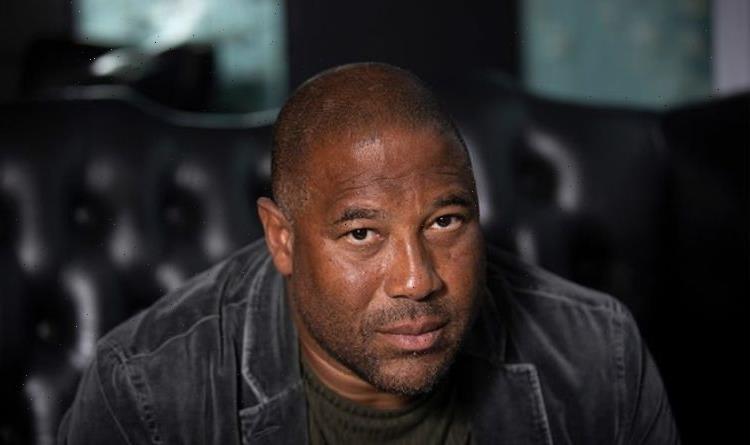 Former Liverpool star John Barnes is releasing a new book titled ‘The Uncomfortable Truth About Racism’. In his book, the former England international says capitalism must be defeated in order to beat racism. He writes: “The only way to truly destroy racism is to destroy capitalism. The only way to achieve true equality for all is by creating a socialist society, and that’s not about to happen whether we think it should or not”. Barnes has emerged as a prominent speaker when it comes to issues of race. The Jamaican-born author experienced racism in his playing career, including having banana peels thrown at him, but never let this tear him down.

He also intervened in the racism debate surrounding Meghan Markle and the criticism she has faced since becoming a member of the Royal Family.

One of Meghan’s most fierce critics has been journalist Piers Morgan.

Morgan was criticised by Barnes in January 2020 after Meghan and Prince Harry quit royal duties.

“Don’t have topics on racism unless you’re willing to truly discuss the topic when something is right in your face!!!”

He added: “A real topic of racism to be discussed on gmb.. piers language is IGNORED… but one topic because it can’t be proved.. racism towards Meghan is done to death because u can’t prove it… not even a denial from piers.. not important … wonder why?? Hmm.”

He continued: “Message to the BLACK COMMUNITY. Gmb and piers Morgan isn’t concerned with the fight against racism.

“They try to convince u they are by criticising weak scapegoats who get caught but do nothing when the powerful get caught.. DONT BE FOOLED.”

He added: “With all this talk about racism on gmb… still no mention of piers yesterday…. oh …. old news now! That’s the problem… we dip in and out of the debate when it suits us.. but some live this every day!

He concluded: “I’ve acknowledged it in myself and try to change every day I know it’s because how I’ve been conditioned to think as we all have … but until we accept it in ourselves rather than pointing fingers how will it improve.”

Morgan denied that the press had treated Meghan in a racist manner a week before Barnes’ tweets, saying: “I don’t see racism [in the coverage] and when people say to me the press has been racist, and the wider public has been racist, I think it’s grotesquely unfair to smear everyone in that way without producing tangible evidence which says this is racist.”

Meghan said in her interview with Oprah that she had endured a tough time as part of the Royal Family, revealing at one stage she felt she “didn’t want to be alive anymore.”

After Piers said he “didn’t believe a word” the Duchess had said, ITV received a record number of Ofcom complaints.

One person who complained to ITV about Piers’s comments was Meghan herself, as reported by The Guardian and The Telegraph.

Piers said following his ITV exit that he had reflected on his opinion on the Oprah interview and still did not believe Meghan, adding that “freedom of speech is a hill I’m happy to die on”.

He added: “Thanks for all the love, and hate. I’m off to spend more time with my opinions.”

In September, Ofcom cleared ITV over Morgan’s comments about the Duchess.

The regulator said restricting his views would be a “chilling restriction” on free expression but criticised his “apparent disregard” for the subject of suicide.

Morgan said he was “delighted” with the ruling, which he described as “a resounding victory for free speech and a resounding defeat for Princess Pinocchios”.

Meghan also alleged that a member of the Royal Family raised concerns over her son Archie’s skin colour before he was born.

Following the airing of the interview, Buckingham Palace issued a statement saying she was “saddened” by the allegations, but added that “some recollections may vary”.