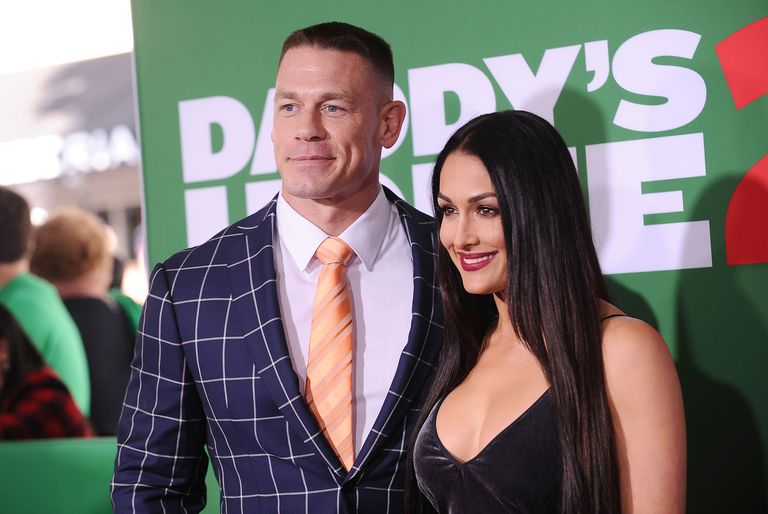 Brie Bella opened up for the first time since her twin sister Nikki announced her split from John Cena last week, telling People that the couple filmed their entire breakup for the next season of Total Bellas.

“John and Nicole allow the fans to see some very personal conversations, that to be honest, I was mind blown about,” she said. “[My husband] Bryan and I both said, ‘I don’t think we’d allow them to see those conversations’ but they do. I give them a lot of credit. You get to see where they’re at today and see that unravel.”

The couple called it quits just weeks before they were supposed to get married in a Mexican destination wedding. They reportedly disagreed over whether they should have children, and one source even said John acted like he was doing Nikki a favor by marrying her.

We love you all ❤️

Brie said Nikki is doing well, all things considered. “They call her fearless Nikki for a reason,” Brie told People. “She always puts on that brave face. My sister has more strength than any other woman I know, especially Wonder Woman. She’s bigger than that.”

As her twin sister, Brie also said it was hard to watch her sister’s relationship end after six years, especially when she cares about John so much. “I really had to take a step back and allow it and that was really hard on me because it’s my twin. I want to protect her from everything,” she said. “This has been the hardest season to film for me because all I want to do is protect her and keep everyone away, but this is what we do.”