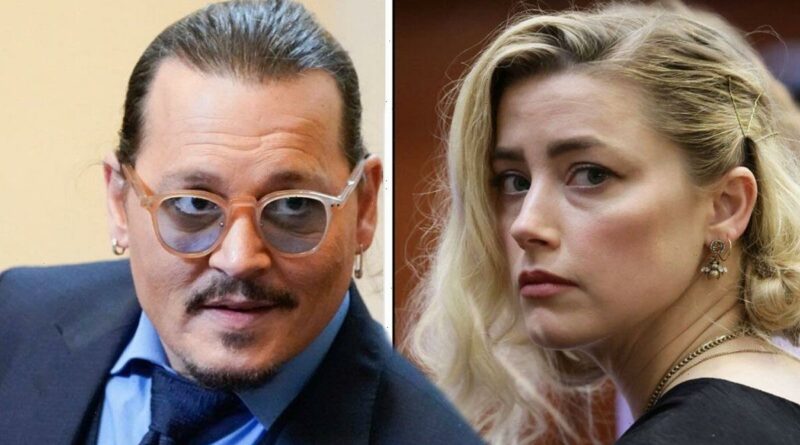 Johnny Depp has filed an appeal against ex-wife Amber Heard’s “erroneous” counterclaim win, following their defamation trial. Lawyers on behalf of the 59-year-old Hollywood actor said the judgement in his favour was “fatally flawed”.

Amber, 36, was awarded two million dollars (£1.8 million) in damages following her claim, which alleged she had been defamed by one of his lawyers, Adam Waldman.

He described Johnny’s ex abuse allegations as “a hoax”.

Johnny’s lawyers argue that he should not be held liable for his lawyer’s statement that the jury found to be defamatory towards Amber.

He and his team this week filed paperwork asking the court to overturn the order.

“The judgment in Ms Heard’s favor on that lone statement is erroneous.”

It continued: “Ms Heard’s claim was fatally flawed and the trial court should have granted Mr Depp’s motion for summary judgment and his motion to strike the evidence.

“Even if the Court were to conclude that Mr Depp could be held liable for Mr Waldman’s allegedly tortious conduct, the trial court nonetheless erred in denying Mr Depp’s Motion for Summary Judgment and Motion to Strike because Ms Heard failed to present evidence to establish one of the required elements of defamation.”

As part of the former couple’s high-profile court battle, Johnny sued his former wife over a 2018 article she wrote for the Washington Post about her experiences as a survivor of domestic abuse, without mentioning her alleged abuser by name.

His lawyers said such claims accused him of being an abuser.

Back in June, a jury at Fairfax County Court returned a verdict in his favour and he was awarded 10.3 million dollars (£8.43 million) for damage to his reputation.

The filing continued: “This Court should reverse the judgment on Ms Heard’s Counterclaim as to the April 27 Waldman Statement, but should otherwise affirm the judgment in Mr Depp’s favor.”

Since the trial’s conclusion Johnny has returned to the entertainment industry.

Back in August, it was announced that he would be directing his first feature film in 25 years: Modi, about the Italian painter and sculptor Amedeo Modigliani.

He has since made appearances at the 2022 MTV VMAs as the channel’s famous mascot, the Moon Man.

Johnny is also set to embark on a UK tour with his band the Hollywood Vampires next summer.

As well as this, he is set to make a guest appearance at Rihanna’s fourth Savage X Fenty fashion show, set to air on Amazon, according to TMZ.