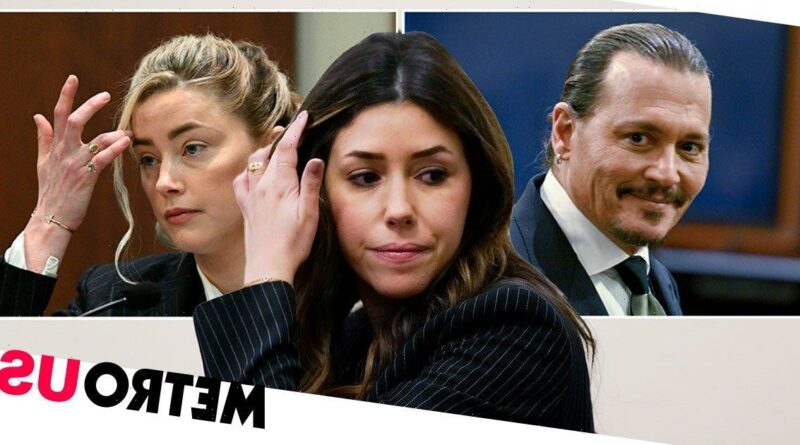 The jury are due to begin their deliberations today in the Pirates of the Caribbean actor’s defamation trial against his former partner, in which he is seeking $50million in damages.

The 58-year-old’s legal team were the first to speak in front of the court on day 24 of the proceedings – which are being live streamed on YouTube.

‘We told you that this would be the performance of her lifetime, as a heroic survivor of abuse,’ Ms Vasquez began her closing argument.

‘She came into this courtroom ready to give the performance of her lifetime… and she gave it.’

His lawyer said that the court had previously heard testimony from Heard’s acting coach, who alleged that she found crying while acting difficult – something she claimed was evident during the trial. 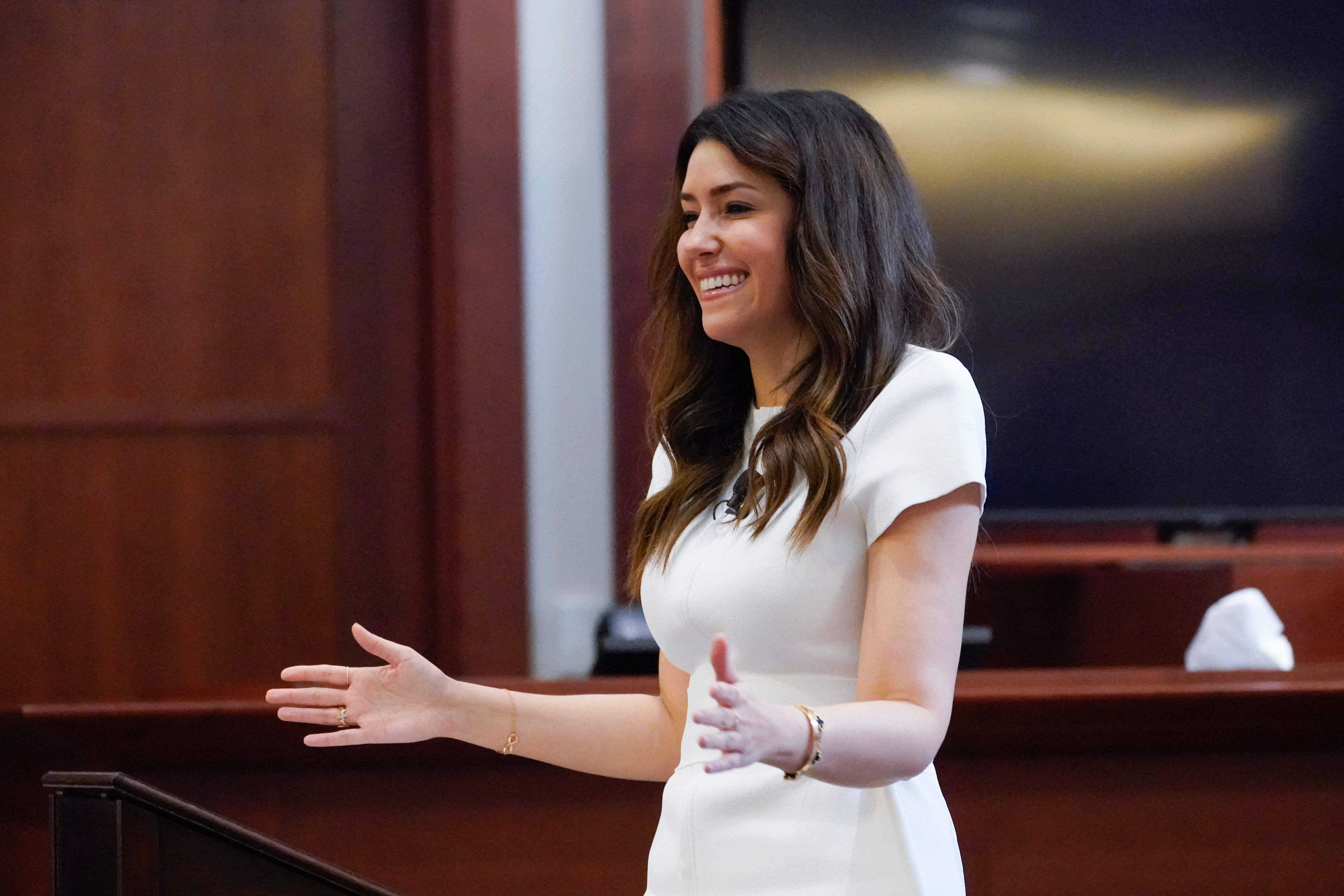 ‘You saw it… sobbing without tears,’ she said.

Ms Vasquez also recalled the Aquaman actress filing for a restraining order against her former partner on May 27, 2016.

‘In doing so ruined his life by falsely telling the world that she was a survivor of domestic abuse at the hands of Mr Depp,’ she continued.

‘What is at stake in this trial is a man’s life.

‘There is an abuser in this courtroom but it is not Mr Depp.

‘There is a victim of domestic abuse in this courtroom, but it is not Ms Heard.’

Depp is suing Heard for $50million over an article she wrote in the Washington Post, published in 2018.

In the article, she discussed her experience with domestic abuse, but did not mention her former partner by name.

Despite this, his legal team argued that it implies that he was physically and sexually abusive during their marriage – something he has denied.

The actress is countersuing for $100million, alleging that he libeled her by calling her a liar.

The proceedings began on April 11 and Heard broke down in tears as she took to the stand at the beginning of this month – alleging that Depp ‘penetrated her with a bottle’ during a row.

She claimed that, in the argument, he smashed glass bottles at the property they were staying at, and threatened to ‘carve up’ her face at one point.

‘The next thing I remember I was bent over backwards over the bar, my back was on the countertop and I thought he was punching me. I felt this pressure on my pubic bone, and I could see his arm moving, and it looked like he was punching me.’

She told the court that he kept saying: ‘I will f**king kill you,’ adding: ‘Johnny had the bottle inside of me and was shoving [it] inside of me over and over again.’

During her second time on the stand, earlier this week, Heard became emotional as she offered testimony as a rebuttal witness – discussing the threats she had received from the public over her appearance in court.

When her lawyer, Ben Rottenborn, asked how she had ‘suffered publicly’ as a result of the statements, Heard told the jury: ‘I am harassed, humiliated, threatened, every single day. Even just walking into this courtroom.

‘Sitting here in front of the world, having the worst parts of my life, things that I have lived through, used to humiliate me.

‘This is horrible. This is painful. And this is humiliating for any human being to go through,’ she added. ‘Perhaps it’s easy to forget that I am a human being.’

‘It has been agonizing, painful, and the most humiliating thing I have ever had to go through.