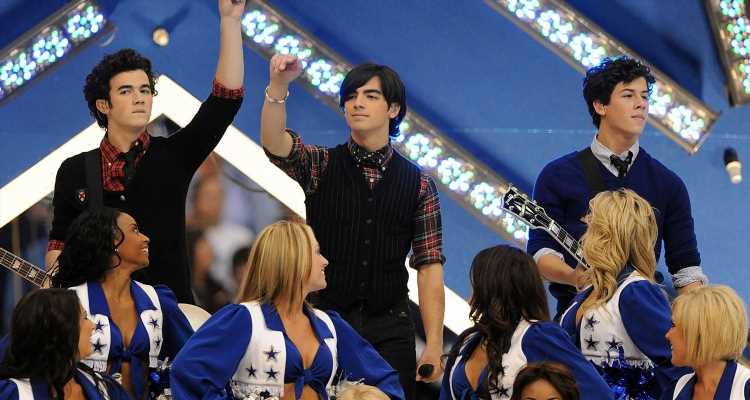 The Jonas Brothers have announced that they are returning to Texas to perform at the Dallas Cowboys game once again!

Kevin, Joe and Nick teased the news on Tuesday morning (October 25) by posting photos of jerseys with the numbers adding up to the date of the Thanksgiving Day Halftime Show.

They captioned their individual posts with “See,” “You” and “Soon” before making the final announcement.

“11/24/22 — WE’RE BACK! It’s official!! This Thanksgiving, the Jonas Brothers are performing the @salvationarmyus #RedKettleKickoff Halftime Show during the @dallascowboys game! Tune in live November 24th to help us kick off the season of giving. The game starts at 3:30 p.m. central, and you can watch it on @nflonfox,” the guys wrote on their Jonas Brothers account.

The upcoming game will take place at AT&T Stadium in Arlington, Texas and will be against the New York Giants.

This will mark the second time the Jonas Brothers have performed the halftime show at the Cowboys’ Thanksgiving Day game. They last hit the stage on November 27, 2008. Check out some photos from that performance in the gallery!

ICYMI: The Jonas Brothers have new music coming out and they worked with a new producer on some of the tracks.