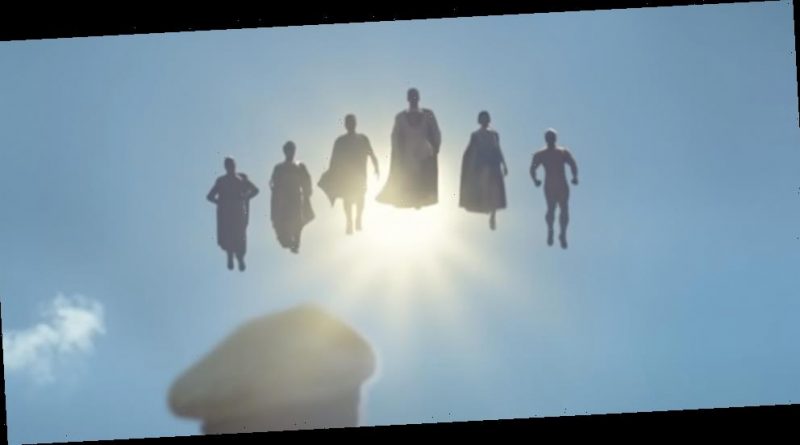 A lot of pressure is put on Josh Duhamel and Leslie Bibb‘s on-screen children in the first trailer for Jupiter’s Legacy.

Here’s a summary of the upcoming fantasy series: After nearly a century of keeping mankind safe, the world’s first generation of superheroes must look to their children to continue the legacy. But tensions rise as the young superheroes, hungry to prove their worth, struggle to live up to their parents’ legendary public reputations — and exacting personal standards.

Based on the graphic novels by Mark Millar and Frank Quitely, Jupiter’s Legacy is an epic superhero drama that spans decades and navigates the complex dynamics of family, power, and loyalty.

Jupiter’s Legacy will premiere on May 7.

Here’s what Josh previously teased about the fantasy series…