Home » Celebrities » Just what the doctor didn’t order..celebrities riding to the rescue

Celebrities make the world a better place in so many ways. Think of the gracious behaviour and elegant wit that Love Island bestows on our culture, and the profound benefits brought to music by The X Factor.

Now the stars are riding to the rescue of our health service, in Celebrities On The NHS Front Line (BBC1). Thank heavens — perhaps Mrs May won’t need to find that extra £20bn after all.

Cynics might say, of course, that there’s not much a celeb can do in a busy hospital, except clog up the emergency rooms and make fatuous remarks.

And cynics would have a point. Paralympic athlete Jonnie Peacock met the parents of a child facing a life-threatening brain operation and sighed: ‘I can’t even imagine what it’s going to be like for those guys.’ 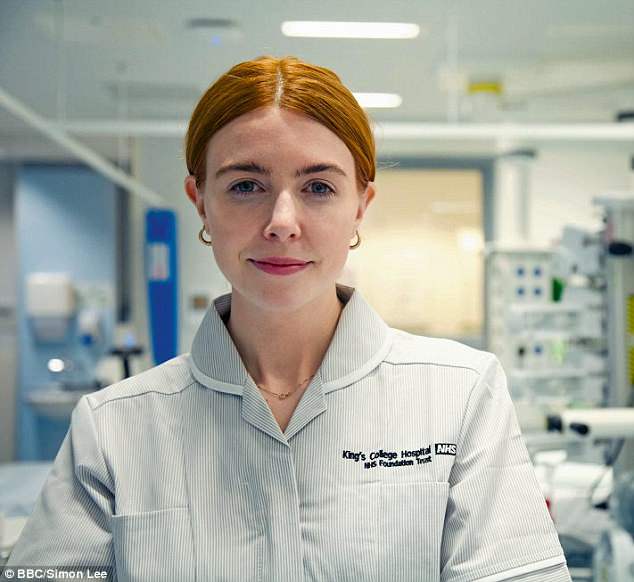 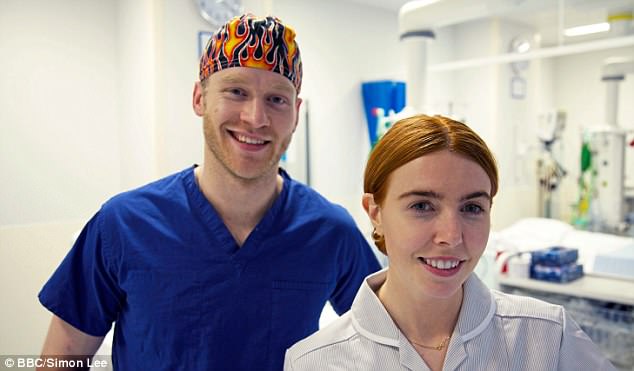 The neurologist summed up Jonnie’s uses at a glance. He invited the celeb into his operating theatre, gave him a colourful surgeon’s hat like a GP handing out a Brave Boy sticker, and sent him off to keep the anxious family company.

Former shadow health secretary Ann Widdecombe ought to know about the running of hospitals, you’d think, but she admitted that while an MP she had barely ‘caught a glimpse’ of day-to-day life in the health service.

Her first observation, as she arrived in the Urgent Care department, was that she regretted the demise of the tyrannical Ward Sister. If Ann had looked carefully, she might have noticed that the Carry On Matron and leering Terry-Thomas nurse-chaser types were also a thing of the past.

Ann can always be trusted to deliver brisk verdicts and accept no-nonsense, but she is over-used on these shows: giving up sugar, doing Strictly and Big Brother, donning historical costume to sample workhouse life. You can’t expect an ex-politician to understand this, but having a strident opinion on absolutely everything begins to look shallow.

Michael Mosley and Stacey Dooley were better choices — one a former NHS doctor, the other a gentle but incisive interviewer. Michael made himself useful by pinning the legs of a drug addict who was thrashing about on a bed. Then he commented, with blithe confidence, that if he’d stayed in the health service instead of going to the Beeb, he’d be a specialist by now. 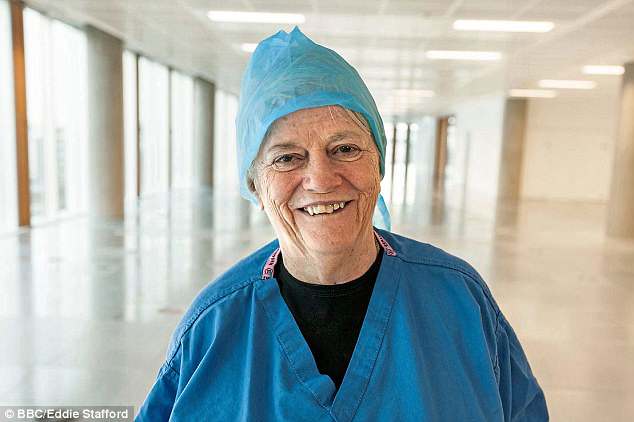 Stacey coaxed a man waiting for a liver transplant into talking about his darkest days as an alcoholic, when he was drinking five bottles of wine a day.

That made moving, frightening television.

But we didn’t particularly need to see her emptying a commode as well.

Japan’s Secret Shame (BBC2) revealed a different kind of horror, following freelance journalist Shiori Ito as she attempted to make the police accept she had been drugged and raped by a politically powerful colleague.

The contempt poured on her claims by the Japanese establishment was shocking. Her alleged rapist — not charged, nor proven to have committed any crime — appeared on a chat show to be comforted. The fawning interviewer declared he couldn’t abide drunken women himself: ‘You did well to put up with it,’ he said.

Ito was calm, methodical and understated. When she first went to the police, she said, and asked to speak to a female officer, the only available woman was a traffic cop — who lacked the power to do anything.

The documentary lost its drive in the last 20 minutes, partly because Ito’s dogged efforts are making such slow progress. She conveyed the sense, though, of a scandal about to break.