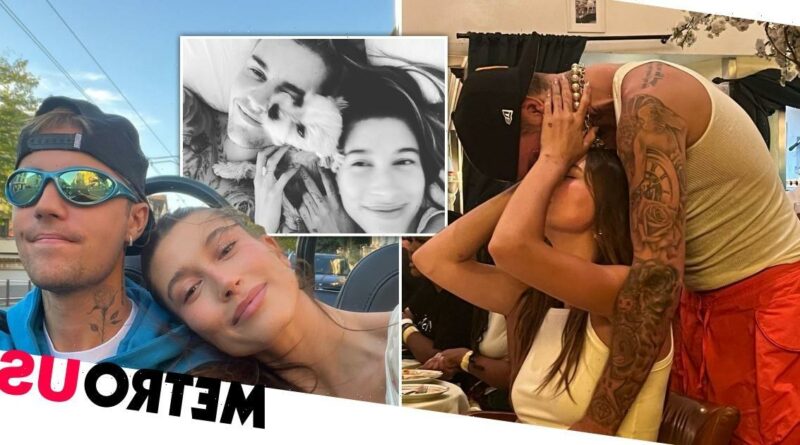 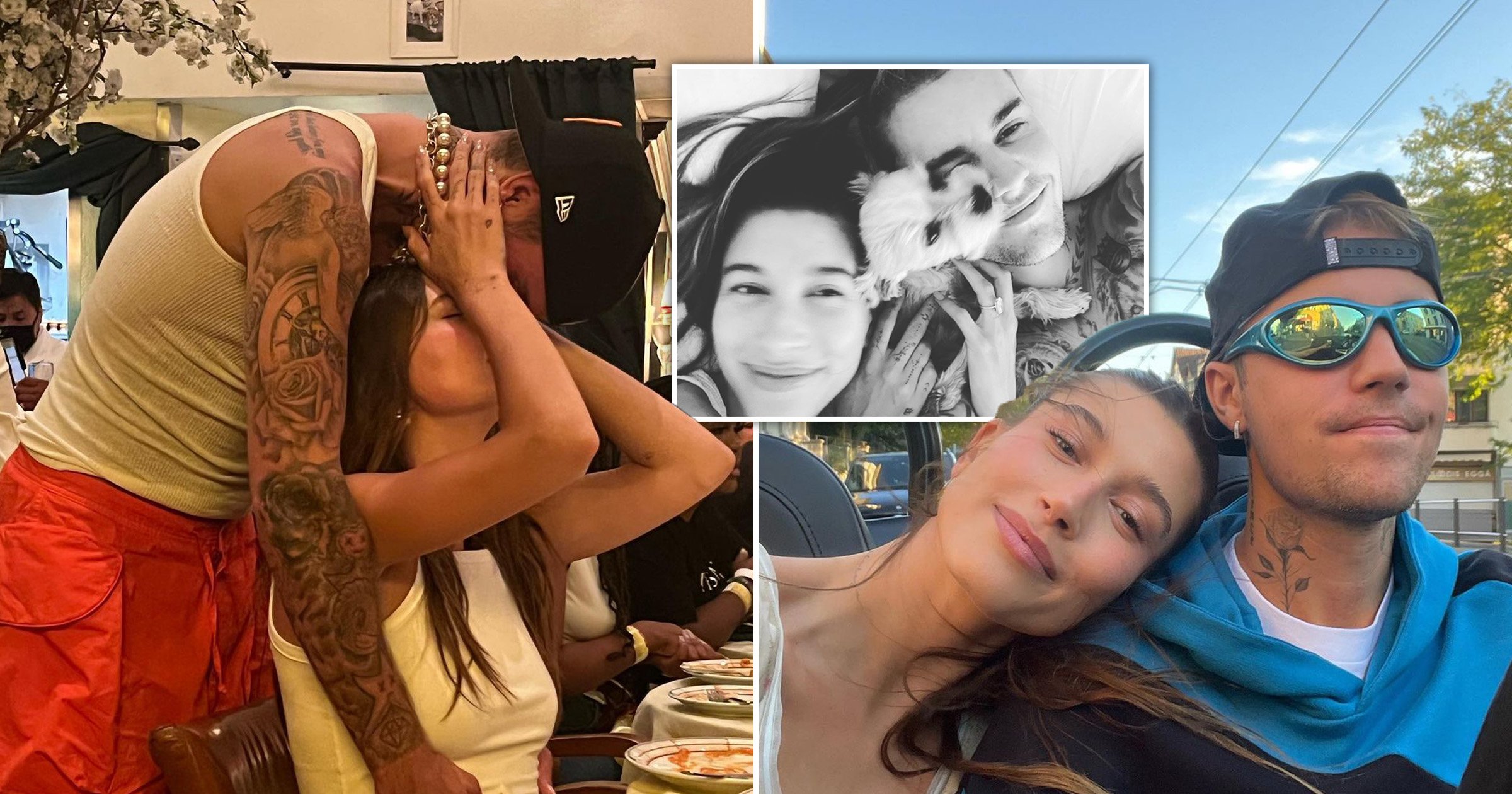 Justin Bieber and Hailey Baldwin are celebrating their four-year wedding anniversary with some seriously adorable posts to one another.

The couple, who tied the knot in 2018, took to Instagram to declare their love for one another on their special day.

Justin shared a photo of him and Hailey in bed together with their dog between them as they smiled in a black and white selfie.

He told his followers: ‘Happy anniversary to my best friend and wifey @haileybieber.. thanks for making me better in every way.’

Hailey also shared a series of photos of the couple together, kicking off with a stunning snap of them sharing a kiss from their wedding day in which her veil was spread out on the ground to show the words embroidered on it, reading: ‘Till death do us part’.

She shared a host of photos from the past four years, including more of them kissing and riding in a convertible car together as she added: ‘4 years married to you.

‘The most beautiful human I’ve ever known… love of my life. Thank God for you.’

Justin and Hailey got engaged in the Bahamas in July 2018 and secretly tied the knot at a New York courthouse in September of the same year.

The couple had a larger ceremony for family and friends a year later in South Carolina, where Hailey wore the custom Off-White wedding dress and the pair exchanged Tiffany & Co wedding rings.

Justin and Hailey have supported each other in recent months as both experienced health issues, with Hailey having a mini-stroke in March from a small blood clot on her brain.

Hailey revealed that her body had managed to clear the clot by itself and she later underwent surgery to close a hole in her heart and made a full recovery.

In June, Justin also opened up about his own health battle after being forced to cancel some of his tour dates.

The Purpose star revealed he was battling Ramsay Hunt syndrome as the result of a virus, which left him with facial paralysis on one side.

A source told People: ‘Hailey has been so supportive of Justin, just like he supported her with her health issues. They’re unbreakable.’