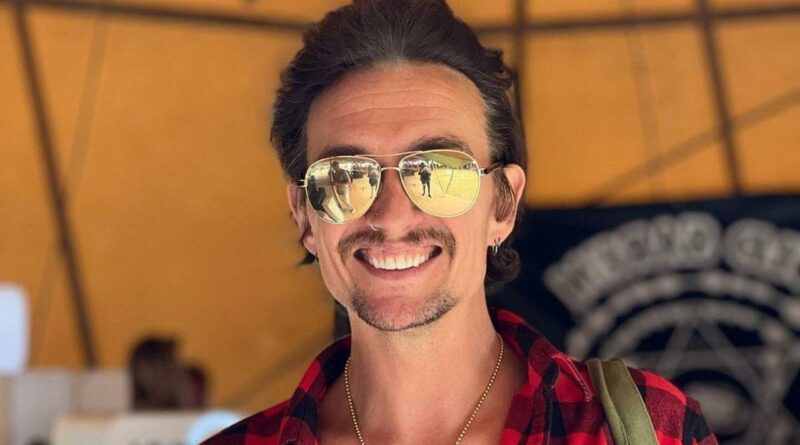 The Darkness vocalist is left with a messed up hamstring after doing a split jump at a concert and a broken rib after jumping on a balcony at another gig.

AceShowbiz –Justin Hawkins sustained a hamstring injury after doing a “David Lee Roth-style split jump” on stage. The Darkness frontman can’t run due to sustaining a leg injury while trying to copy the former Van Halen frontman and breaking a rib after attempting to jump on a balcony at another gig.

“Me and my brother [Dan Hawkins] try to run, even when we’re on tour. But I haven’t been able to do anything for a while because I did a David Lee Roth-style split jump and f***** up the hamstring in my left leg,” he told Classic Rock magazine.

“It was a great jump, with my legs over my head, but when I landed I went, ‘Uh-oh.’ Then we were just on tour in Australia, and I jumped on the balcony. It didn’t have the sort of lip I’m used to, so I ended up falling in a bit sideways and broke a rib. So at the moment I’m limping and I find it difficult to breathe. But apart from that, I’m in tremendous shape.”

The “I Believe in a Thing Called Love” rocker’s latest injuries come after he revealed he was rushed to hospital after a freak accident left him with chemical burns.

“The Masked Singer” star melted his shorts to his skin after he accidentally got toxic chemicals all over himself whilst cleaning his swimming pool at his home in Switzerland. Speaking in 2020, he said, “There was a problem with the pool, a pump thing and some chemicals came out of it.”

“I think it was a PH negative chemical to control the acidity of the pool. I was trying to fix it and I touched my legs and my shorts melted onto my legs, so then I had to go to hospital.”