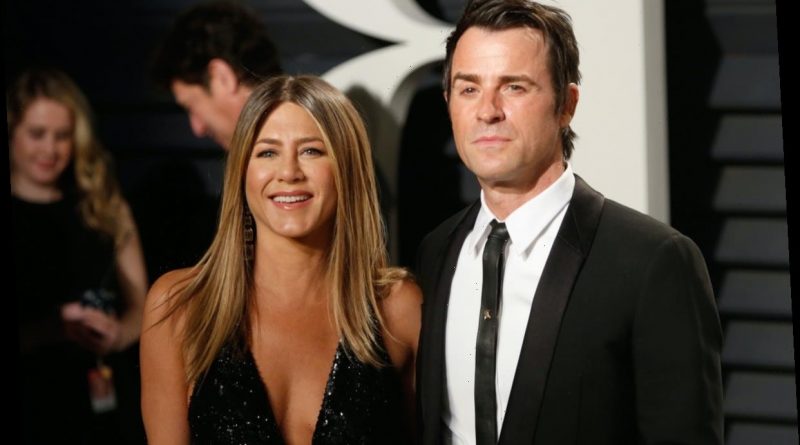 They may be divorced, but Justin Theroux’s Instagram for Jennifer Aniston’s 52nd birthday makes it clear he still loves his ex. "Happy birthday @jenniferaniston," Theroux wrote alongside a black-and-white shot of the actor posing on a stairwell. At the bottom of the picture he added, "❤️you B!" The couple tied the knot in August 2015 and announced their separation in February 2018.

To be fair, this isn’t the first time Theroux has wished his ex a happy birthday on social media. In fact, celebrating Aniston’s birthday on Instagram by posting a black-and-white shot of her with a sweet message has sort of become a tradition of Theroux’s at this point. Last year, in 2020, he posted a shot of Aniston flexing her muscles alongside the caption, "Grabbing 2020 and another year just like…Happy Birthday B ❤️."

In 2019, before Aniston was even on Instagram, he posted a funny shot of his ex holding up a heavy-looking piece of art to his grid alongside the caption, "Happy Birthday to this fierce Woman.Fiercely loving. Fiercely kind. ….and fiercely funny. ❤️ you B."

While he hasn’t revealed what "B" stands for, my mind is spinning. Babe? Boss? Beautiful? Brilliant? Inquiring minds would like to know. 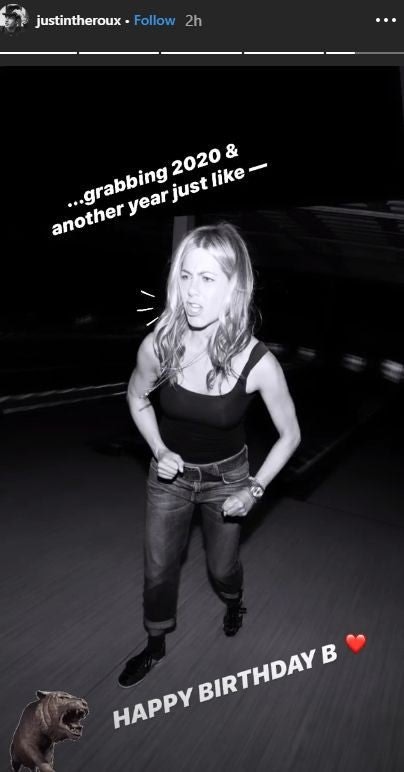 After tying the knot in 2015, Theroux and Aniston announced their split in 2018. "In an effort to reduce any further speculation, we have decided to announce our separation," their statement read. "This decision was mutual and lovingly made at the end of last year. We are two best friends who have decided to part ways as a couple, but look forward to continuing our cherished friendship."

"It was heartbreaking, only in the sense that the friendship would not be the same, as far as just the day to day,” Theroux told the New York Times of the split back in September. “But the friendship is shifting and changing, you know, so that part is something that we’re both very proud of.” Happy these two have been able to maintain what seems to be such a nice friendship, even after their romantic relationship came to a close.